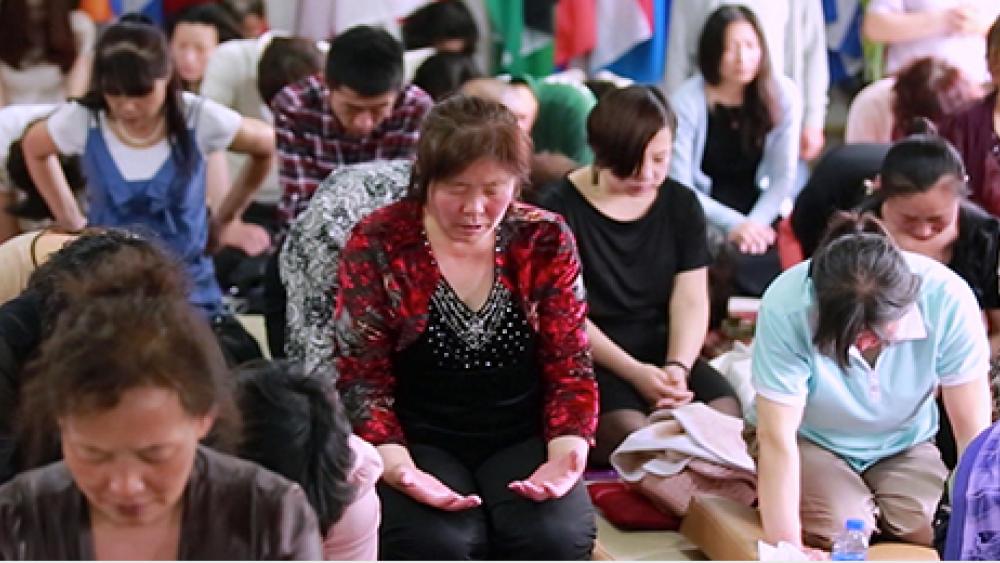 NORTHEAST CHINA -- Twenty-four hours a day, seven days a week, thousands of Christians are meeting in a corner of northeast China for an unprecedented prayer movement.

What started as a small gathering six years ago has become a nationwide prayer initiative uniting hundreds of Chinese churches. Television cameras have never been allowed to film the prayer services, but CBN News was granted exclusive access.

For years, the Chinese government tried to snuff out Christianity. In the late 1940s, some 500,000 Chinese Christians were killed because of their faith.

Now decades later in what is officially still an atheist nation, Christianity is the fastest growing religion.

A Vision for Prayer

"We had a dream that someday we would build a church focused on prayer for China and the world," prayer leader Ha Bining said.

Ha Bining and her husband Feng Kai are witnesses to this profound move of God across China. In 2000, the Christian couple had a dream to turn this piece of land in a corner of northeast China into a place of prayer.

"My tears fell like the rain and I started praying," Bining told CBN News. "God gave us a vision to help bring churches across China together for 24-hour non-stop prayer for our country and the world."

Nine years later, on June 30, with construction on the property almost complete, the couple sent out email and text messages to friends and pastors inviting them for a prayer meeting.

"We didn't know who would show up or how many. I was praying that at least people from seven churches would show up. To my absolute amazement 70 churches joined us that day," Bining said.

"May your children pray here; their souls are healed here," one believer prayed. "The glory of this present house will be greater than the former house. May you win more children back. May this place be your new lamp that lights up China and the world."

"We were overwhelmed at the response," Binning said. "It was totally beyond our expectations."

The prayer center started June 2009. Since then, 617 churches from across China have signed up to pray 24 hours a day.

Christians from more than 100 countries have also visited the prayer center.

"Every day we receive guests from around the world. It's so exciting to see people pray," Jian Yanchang, a 24/7 prayer intercessor, said.

These intercessors know God is doing something special in China. And they are praying that way.

"Lord, the number of Christians in China is increasing. What should we do Lord? What's our job? How should we expand your Kingdom to gather more people? Lord, we pray that you will place your mission into each of our hearts," one pastor said.

China's Blessing to the World

When the Communists took power in the 1940s there were roughly 4 million Christians in China. Today, well over 100 million are followers of Jesus Christ.

And if current growth rates remain, experts say in less than two decades, China will become the world's most populous Christian nation.

In return, Feng Kai said God will use China to be a blessing to the nations.

"I believe our life as Christians should be a blessing to others. God said to Abraham, 'I will bless you. I will make your name great and you will be a blessing.' God blessed Abraham; he is blessing the Chinese church," Kai said.

Kai and others believe prayer initiatives like this have been key to church growth in China.

"Twenty-four hour non-stop praying is not an easy task to accomplish, but it is a happy thing for us to do, to enjoy 24-hours of God's presence in prayer," Dong Lili, another prayer intercessor, said.

"We are in need of prayers," Elder Wang, a regular attendee at the 24/7 prayer center, admitted. "Through prayers our heart is broadened; we learn to care for others and for the world. As time goes by, prayers inspires us to love each other."

In 2011, a new seminary and Christian business school were established on the grounds of the prayer center to train the next generation of pastors and business leaders to change China for Jesus Christ.

For Ha Bining and her husband Feng Kai, this place is a God-given dream come true to unite churches in China and help bring news of Christ's love to the ends of the earth.

"This is the core of Christianity," Bining said. "We are all on our knees, lifting our hands and praying that the Gospel will continue to spread around the world and also here in China."