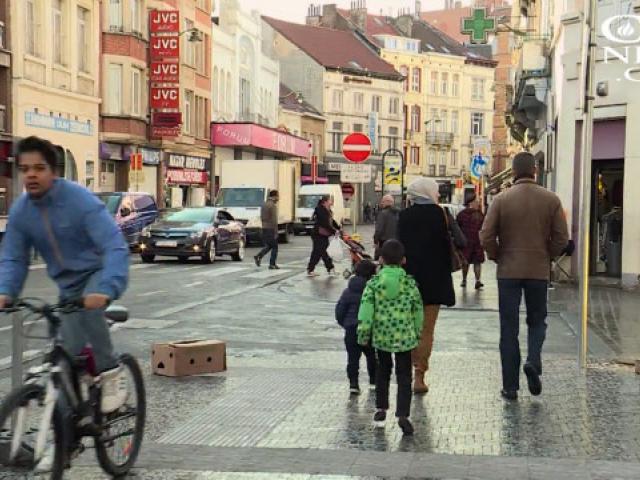 BRUSSELS, Belgium - The third accomplice in the Brussels terror attacks came from a neighborhood in Brussels where radical Islam has flourished.

The Molenbeek neighborhood may look unassuming, but it's a virtual hotbed of terror. The three terrorists who carried out the massacre in Paris last November came from Molenbeek. It's also connected with last year's Charlie Hebdo attack and the murder of four people at the Brussels Museum in 2014.

Most of the Belgians who left the country to join ISIS also came from Molenbeek. That fact led French journalist Eric Zemmour to write, "Instead of bombing Raqqah [ISIS "capital"] France should be bombing Molenbeek."

The neighborhood, perhaps the most infamous in Belgium and throughout Europe, has become a haven for radical Islam. It's one reason Brussels earned the title, "the jihad capital of Europe."

The Heart of Brussels

Some may think Molenbeek is outside the city limits of Brussels. It's not.

"It must be very confusing for outsiders and I've read in the international press Molenbeek, a suburb of Brussels, probably leads the imagination of the average viewer probably thinking of some, you know, really a suburb," parliamentarian Viviane Teitelbaum told CBN News.  "What is a suburb? Ten to 15 miles outside the city center."

"It's one and a half kilometers, or one mile or so, from what is considered the Brussels city center. So it's not a suburb," she said. "It's part of Brussels; it just has a separate name, but it's really part of Brussels and must be understood as a neighborhood."

A 20-minute walk would take you to the memorial for victims of the very attack that originated in the neighborhood. And Molenbeek is just one of many Islamic neighborhoods spread throughout Belgium.

"Everybody knew what had been going on, what the socialist mayor was allowing to happen," Teitelbaum continued. "The way he bought social peace with some mosques and some imams [Muslim clerics]."

"And so, yes, he allowed for those radicals to evolve in a context where they were not threatened by any means and where they could develop their strategy," she said, referring to Molenbeek's former mayor, socialist Phillipe Moureaux.

"He has really turned a blind eye to what has happened. The parallel societies, the radicalization, and anybody who tried to alert the public to what's going on was immediately shut down by him," Teitelbaum explained.

But Molenbeek is just one example of radicalized neighborhoods not only in Belgium, but throughout Europe.

"In those places, you have first a very large, a very strong homogeneous population," she said. "So you have quarters, areas, neighborhoods that are entirely Muslim. And therefore it's also a community of faith because you can blend in there easily."

"You can hide, obviously, like Abdeslam Salah, without having any threats of things leaking to the outside," Teitelbaum said.

A French minister recently claimed at least 100 of these enclaves exist in France.

"Molenbeek is, of course, the most famous example now," Sam Van Rooy told CBN News. "Brussels is called the jihad capital of Europe. And I think it's correct, but you can also say that of parts in London or parts in France, in Paris. You have the same of course. Marseilles, for example, is very well-known example."

"But I think Molenbeek is indeed one of the worst cities, areas in Europe," he said. "It's a perfect place and hiding place for jihadists and for Sharia Muslims to make a caliphate, a little caliphate there."

"Today, we have a clear and imminent threat on Europe," counterterrorism expert Claude Moniquet told CBN News, emphasizing that the numbers add up to a massive threat.

"Official European Union figures, we have between 7,000 and 10,000 European people, residents, led to the jihadist desire. To those people you must add probably between 5,000 and 10,000 followers and sympathizers who could radicalize and become terrorists tonight or tomorrow morning," he explained.

"The challenge today is the balance between security and respect of our values and freedom," she said. "How do you organize the society so that you can make, face the war to those radicals and at the same time allow people to continue their way of life? That's the challenge today in the free world as a whole."

Van Rooy says Europe should take what's happened in Molenbeek as a warning.

"In Belgium or in Flanders we are not yet a minority, we have 7 percent - almost 7 percent Muslims in Belgium," he said. "But in some cities and in some areas we are already a minority, like in Molenbeek, for example.

"And you see what is the result of that: terrorism, jihadism, Sharia (Islamic) law introduced. So never become a minority," said Van Rooy, who recommends paying attention to what former Muslims say.

"I know many of them and they all say the same: don't let your country Islamize because Islam is a violent ideology," Van Rooy said. "And they can know it because they experienced it."

"Why shouldn't we believe these people?" he asked. "We also believed former communists who said the same about communism. Well, the same goes for Islam. Listen to the people who experienced it."