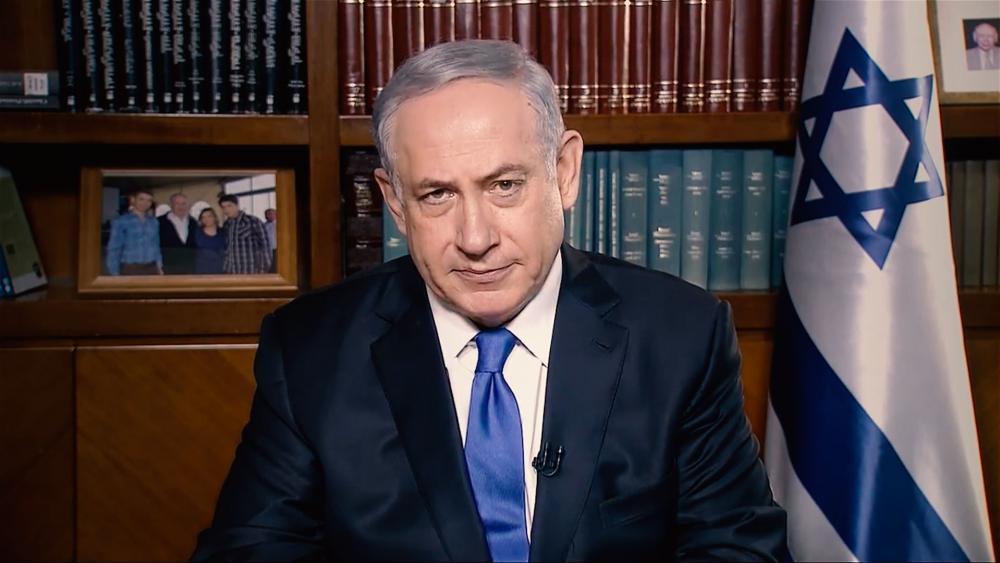 "Secretary Kerry paid lip service to the unremitting campaign of terrorism that has been waged by the Palestinians against the Jewish state for nearly a century," Netanyahu said. "What he did was to spend most of his speech blaming Israel for the lack of peace by passionately condemning a policy of enabling Jews to live in their historic homeland and in their eternal capital Jerusalem."

Netanyahu's remarks followed Kerry's attempt to justify the U.S.'s decision to allow passage of a U.N. Security Council resolution condemning Israel over settlements in the biblical heartland of Judea and Samaria, also known as the West Bank.

Kerry accused the Netanyahu government of being "the most right-wing in Israeli history, with an agenda driven by the most extreme elements." Pursuit of that agenda would, Kerry said, lead to the abandonment of a two-state solution.

"Despite our best efforts over the years, the two-state solution is now in serious jeopardy. The truth is, that trends on the ground, violence, terrorism, incitement, settlement expansion and the seemingly endless occupation, they are combining to destroy hopes for peace on both sides and increasingly cementing an irreversible one-state reality that most people do not actually want," Kerry said.

Netanyahu pushed back, saying the international community is in no position to dictate terms to Israel.

"Israelis do not need to be lectured about the importance of peace by foreign leaders. Israel's hand has been extended in peace to its neighbors from day one, from its very first day. We've prayed for peace. We've worked for it every day since then," he said.

The conflict between Palestinians and Israel "has always been about Israel's right to exist," Netanyahu said, noting that the core barrier to peace is the "persistent Palestinian rejection of Israel. How can you make peace with someone who rejects your very existence?"

The Obama administration may drive an even deeper wedge between the U.S. and Israel, according to Jordan Sekulow, executive director of the American Center for Law and Justice.  Speaking to CBN News Wednesday, he said the current administration could likely take further action before leaving office in less than a month.

"Maybe this wasn't the final parting shot of the Obama administration when it comes to the Israel-Palestinian issue," Sekulow said. "We're very concerned at the ACLJ that they're teeing-up the issue of next – and this could all happen before Donald Trump is inaugurated – for a recognition of Palestinian statehood either unilaterally by the United States or at  the U.N."

Sekulow acknowledged the desire of President-elect Trump and Israeli Prime Minister Benjamin Netanyahu to repair relations between the U.S. and Israel once Trump takes office but said despite their best efforts, the U.N. vote will be nearly impossible to reverse.

"He [Trump] would have to threaten such economic consequences to the U.N. and the 14 other countries that supported this resolution that it would bring the U.N. to its knees."

As is, Sekulow says the resolution is "scary" because it subjects anyone involved with the settlements to the jurisdiction of the International Criminal Court and could open the door to prosecutions against individual Israelis, adding, "that's a court that can put people away for life."