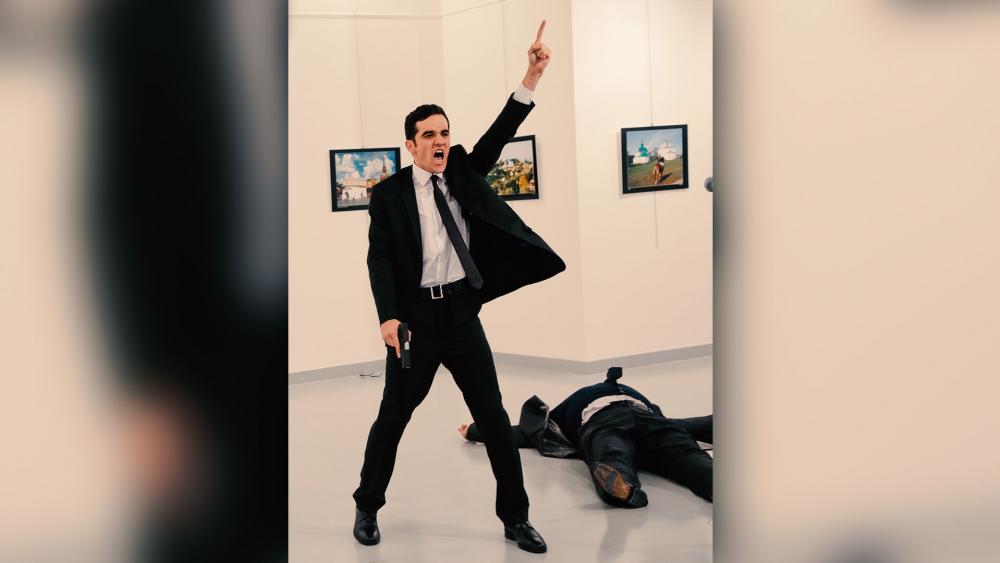 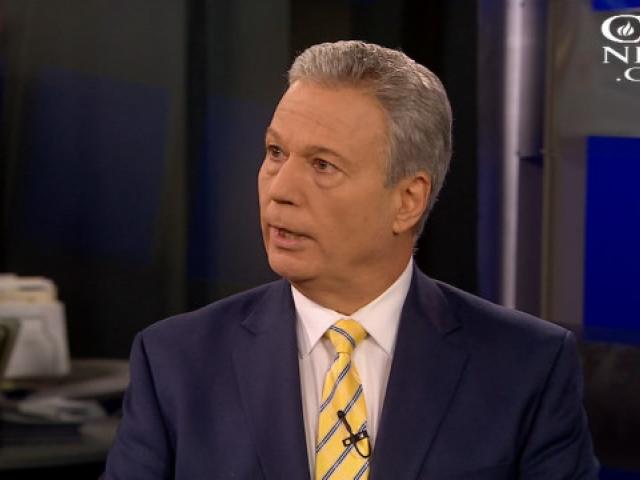 Ambassador Andrei Karlov was just minutes into his speech when the man opened fired on Karlov and the crowd screaming "Allahu Akbar."

Russian Foreign Ministry spokeswoman Maria Zakharova said Karlov was shot "when an unidentified assailant opened chaotic gunfire during a public event in Ankara." She later confirmed he had died.

Gun in hand, the assassin shouted in Turkish "Don't forget Aleppo! Don't forget Syria...Only death will take me out of here. Anyone who has a role in this oppression will die one by one." He continued in Arabic saing: "We are the descendants of those who supported the Prophet Muhammad, for jihad."

Turkish police successfully killed the attacker, later discovering the terrorist was a policeman who had worked for the riot squad in Ankara for the past two years.

Ankara Mayor Melih Gokcek told reporters outside the exhibition that the "heinous" attack was a violent attempt to disrupt newly-re-established relations between Turkey and Russia. The attack comes a day before a meeting of Russian, Turkish and Iranian foreign officials in Moscow to discuss the crisis in Syria.

"The United States strongly condemns the assassination of the Russian Ambassador to Turkey, Andrei Karlov, in Ankara today, which reportedly also left others wounded," Price said. "This heinous attack on a member of the diplomatic corps is unacceptable, and we stand united with Russia and Turkey in our determination to confront terrorism in all of its forms."

President-elect Donald Trump also condemned the murder, vowing to wipe "Islamic terrorists" of the "face of the earth."

"The murder of an ambassador is a violation of all rules of civilized order and must be universally condemned," Trump said.

He continued saying the Islamic State group "and other Islamist terrorists continually slaughter Christians in their communities and places of worship as part of their global jihad."

Meanwhile, Russia has partnered with Turkey to ramp up security forces.

"We must know who was directing the killer," Putin said in televised remarks. He ordered top officials to strengthen protection of the Turkish Embassy in Moscow and asked Turkey to increase security at the Russian mission in Ankara.

In a video message shown on several Turkish TV channels, Erdogan said: "This is a provocation to damage the normalization process of Turkish-Russian relations. But both the Russian and Turkish administrations have the determination not to fall for this provocation."