Why the Pope's Christmas Card has Two Baby Jesuses 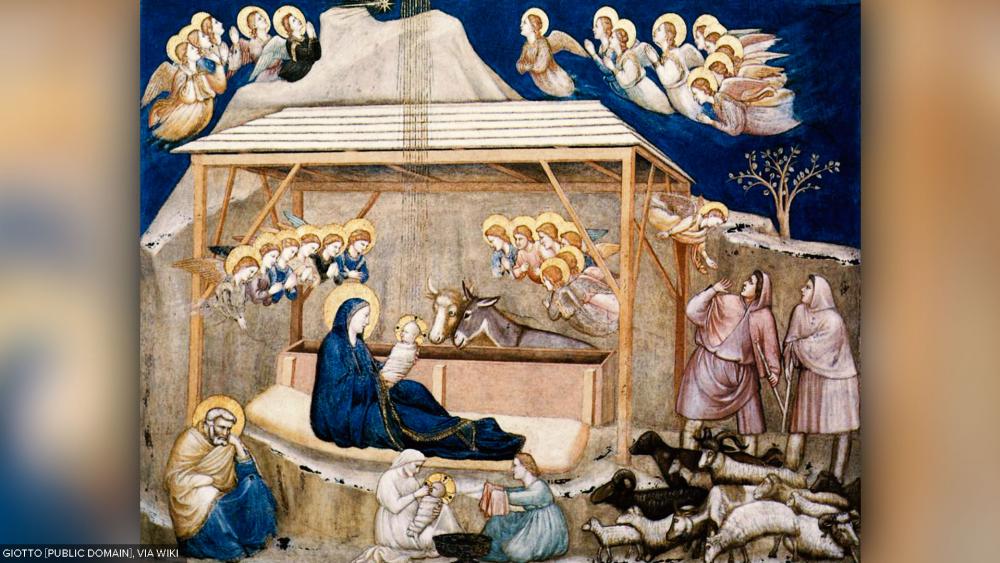 For the past three years, Pope Francis has handpicked a Christmas card to celebrate advent and the birth of Jesus Christ, and this year's choice features two baby Jesuses.

The Pope picked Giotto di Bondone's 14th Century fresco of the Nativity in Assisi accompanied by a verse from the book of Isaiah.

The image has the recognized hallmarks of a nativity scene like shepherds, angels, animals, and Mary.

According to the National Catholic Register, the 1313 masterpiece is the only nativity scene that features two Jesuses and they are meant to express both the human and divine nature of Christ.

Giotto also expressed the divine aspect of Christ through the blue that shines in the Bethlehem night. The painting "broadens and expands" his narration of the scene "to tell a true story, not a fairy tale," said Enzo Fortunato, press officer of the Sacred Convent of Assisi.

Fortunato said in an article titled Corriere della Sera that the Pope has his own interpretation of the painting.

"The first is represented by the two midwives who are located next to one of the baby Jesuses, embracing, wrapping and supporting him," he explained.

He said the embrace is a human parable that Jesus is no longer considered to be a stranger but "a part of the humanity to which we belong."

Fortunato said he is not surprised that Francis chose this image because it represents his heart to reach people who have been marginalized.

"It's really here where we are called to perceive, through our gestures, God with us. It's Christmas," wrote Fortunato. "And it's these peripheries through which the Pope would like the fresco to help man to become aware of God through the gestures of everyday life."