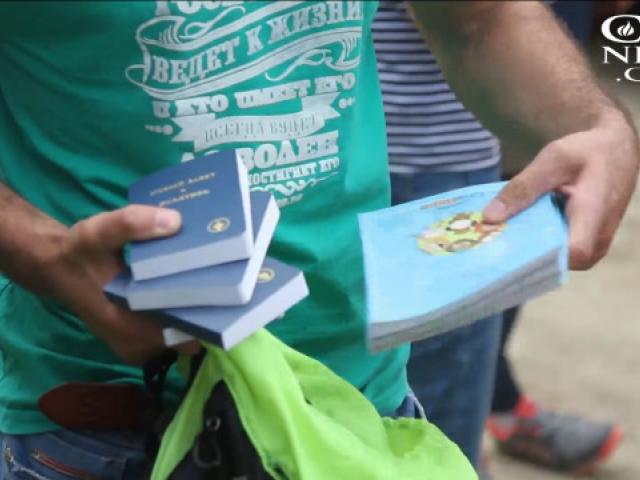 Russia's newest anti-terrorism measure makes it illegal for Christians to share their faith from their home.

The newest laws are the countries most restrictive since the age of communism. Christianity Today reports that the laws place restrictions on missionary work, teaching, preaching, or engaging in any activity that would encourage people to join a religious group.

Citizens who want to share their faith must first obtain a permit through a registered religious organization. The permit would only allow people to evangelize at their church or on other religious sites. That means people are forbidden from sharing their faith anywhere else -- even in their own homes.

Russian Christians are praying fervently that President Vladimir Putin will not sign the measure into law.

"If this legislation is approved, the religious situation in the country will grow considerably more complicated and many believers will find themselves in exile and subjected to reprisals because of our faith," wrote Oleg Goncharov, spokesman for the Seventh-day Adventists' Euro-Asia division.

If the bill passes, anyone who violates the law will be forced to pay fines up to US $780 for one person, and $15,000 for an organization. Any foreign visitors who violate the law could be deported.

Russias evangelicals are ready to go underground if they have to.

"They say, 'If it will come to it, it's not going to stop us from worshiping and sharing our faith,'" Sergey Rakhuba, president of Mission Eurasia told CT.