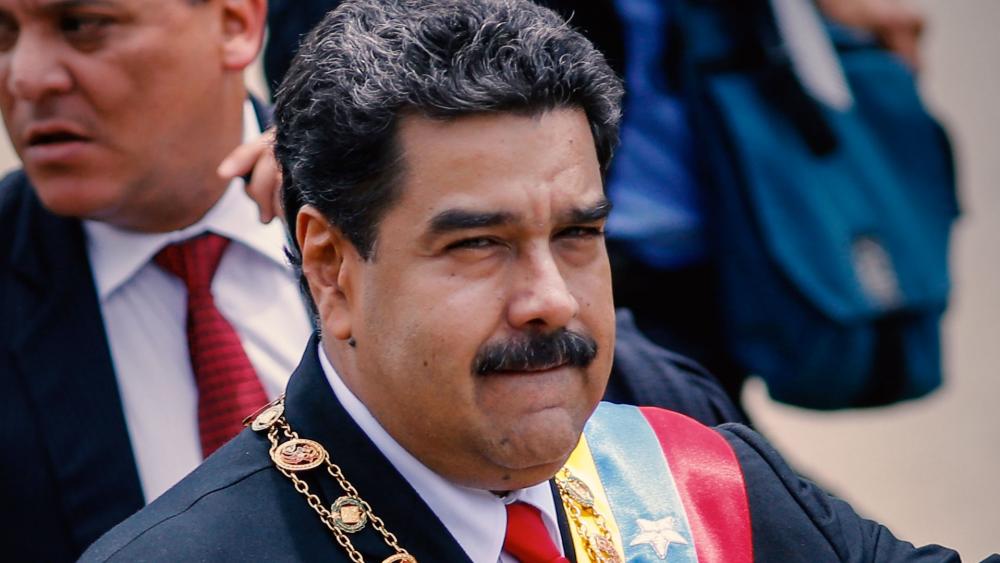 A nation that should be one of the wealthiest in the world is today filled with starving people. Venezuela is a testament to the damage socialism can do.

"From four o'clock in the morning, I've been standing here in line," retired lawyer Yolanda Berroteran exclaimed. "I have number 900... 900! This is my ID card. I'm Venezuelan...There is no food, there is nothing."

Venezuela is a nation on the verge of a total societal collapse. Food riots are increasing. More people are murdered in Caracas than in any city outside of a war zone.

With food trucks being hijacked and stores looted, President Nicolás Maduro has now put the army in charge of the food supply chain. Many Venezuelans, like Kelly Vegas, are slowly starving.

The Petare resident has lost 30 pounds making sure her daughter eats before she does.

Across the country, kitchen cupboards are empty. And with inflation expected to hit 720 percent this year, it doesn't pay for low wage employees to even show up for work, which leaves more time to stand in line.

Until a few days ago, the government was forced to implement rolling four-hour blackouts to save power and a two-day work week for government employees -- this, in the nation with the world's largest proven oil reserves.

But years of mismanagement under a socialist government has brought a significant chunk of Venezuela's energy sector to a halt.

When oil prices were high, former President Hugo Chavez threw around huge sums of cash to fund a socialist movement across Latin America.

Contrast that to Venezuela now when Chavez' successor, Nicholas Maduro, was forced to throw open the border with Colombia this week so that desperate Venezuelans could search for food.

You would have thought it was the fall the Iron Curtain. Venezuelans cheered wildly as they rushed into Colombia.

One of them, Javier Gutierrez, said, "I came here to buy rice, sugar, milk, medicine and whatever else we can get because we already don't have anything to eat. We're starving."

This week, U.S. company Kimberly Clark finally had enough of the economic chaos and closed its factory in Caracas. Citibank has closed the account that the Venezuelan government used to make international payments.

President Maduro is calling it a U.S. plot against him.

It's unclear whether Maduro is on borrowed time or not. Most Venezuelans want him out. A referendum campaign against him has huge momentum. But Maduro still controls many of the levers of power.