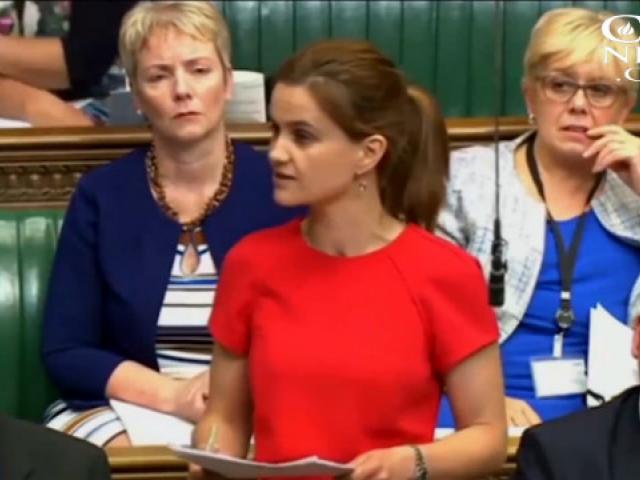 British lawmaker is dead after she was gunned down Thursday outside a library in England.

British Parliament member Jo Cox was brutally shot and stabbed in Bristall after a meeting with constituents.

The police arrested 52-year-old Tommy Mair and he is currently under investigation.

It is unclear if Cox was deliberately targeted, or if there was another motive. A local official told CNN that Mair "lay in wait" for Cox before the attack.

Southern Poverty Law Center reported on its website that Mair was a "dedicated supporter" of a U.S. neo-Nazi organization called the National Alliance. However, police still have no word about a possible motive for this case.

Cox was a well-known advocate for European immigrants and her death comes just a week before a referendum on whether Britain should leave the European Union. The country has recently been caught up in a fierce debate over Britain's future relationship with the EU.  Cox believed that leaving the EU would not lower the number of refugees coming to Britain. Others do not agree with her position.

But both sides have halted their campaigns out of respect for Cox.

"It's right that all campaigning has been stopped after the terrible attack on Jo Cox," Prime Minister David Cameron said on Twitter Thursday.

There is a difficult road ahead for Cox's family and investigators are working hard to find answers about the attack.