SINJAR, Iraq -- In August of 2014, ISIS forces captured the city of Sinjar in northern Iraq. Fifteen months later, Kurdish forces drove ISIS out of Sinjar and retook the city on November 13, 2015.

But the damage had been done. Sinjar, which had been home to half a million people, had been completely razed by ISIS and Islamic State forces had carried away anything of value and destroyed almost everything that was left.

CBN News Military Correspondent Chuck Holton was recently given rare access to explore the ruined landscape of Sinjar. What he saw he described as absolutely chilling. Many homes have been reduced to rubble. Those still standing are no more than shells. What was a city of 500,000 now sits silent and empty.

Sinjar is empty now, so where did everyone go? CBN's Military Correspondent Chuck Holton shares what happened to those kidnapped by ISIS.

After the Peshmerga took Sinjar back from ISIS, they found tunnels all over the city. ISIS forces dug the tunnels so they could move around without being observed.

There are communications cables, network cables, overhead cover and everything they needed to operate undeteced. Not all of the tunnels have been cleared, and there are still mines and other IEDs left behind.

Holton showed a tunnel that led to the inside of a home that has since been destroyed. That particular tunnel has been cleared, but Holton said that many of the houses are still wired with IEDs, making the city still very dangerous.

The United States and its allies have conducted more than 6,000 airstrikes on ISIS targets in Iraq. Chuck Holton recently visited the spot where an ISIS cargo truck was hit with a precision guided munition. You will be astounded at the effects the bomb had on a large cargo vehicle - essentially vaporizing it.

"Who knows how long it will take the people to come back," he said.

Holton said he imagined that the city of Stalingrad in World War II must have looked like Sinjar looks today -- everything utterly destroyed.

"It's just a wrecked and shattered city," Holton observed. "This just goes to show that ISIS only comes to kill and steal and destroy. Just like somebody else we know."

Shaheen Nazdar is a Yazidi interpreter who fought ISIS as his people fled Sinjar in August 2014.

"Sinjar today is the land of shattered dreams. All is gone," Nazdar said. "Many people have been killed, and more than 3,800 are prisoners of ISIS. We don’t know if they are alive or if they have been killed."

You might wonder what happened to the half million people who lived here. Many were able to escape to the safety of Mount Sinjar. Some still live there today.

Those less fortunate were captured by ISIS, and it is only now becoming apparent the scale of brutality they faced. Mass graves have been found all over the area, where perhaps thousands of Yazidis were executed and left to rot.

"There are now more mass graves in Sinjar than there are families living in Sinjar," Nazdar said.

After the Kurds retook Sinjar, one of their objectives was to cut off Highway 47 just outside the city, which was being used by ISIS to supply Mosul.

'What Good Is America's Army?'

Further beyond Sinjar are villages that are still under ISIS control, where many of the more than 3,000 Yazidis taken hostage are still being held.

The Kurds believe the Islamic State is pillaging anything of value from Mosul, Iraq's second largest city, in advance of the Iraqi government's planned operation to retake that city later this year.

"America has a great and good army," Nazdar observed. "But if they will not fight this evil of ISIS, for what is this army?” 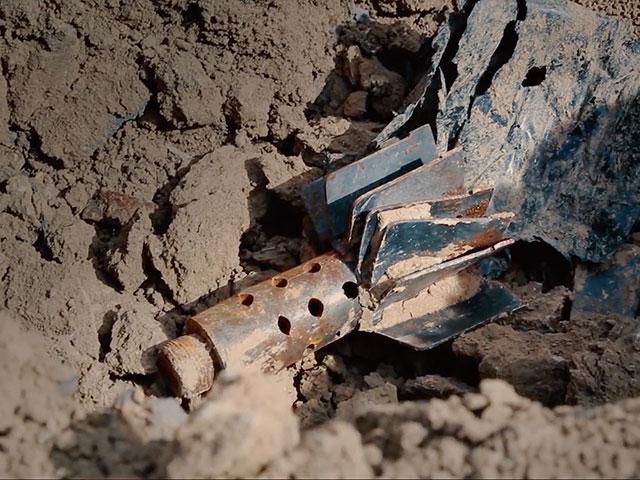