Life After ISIS: The Miraculous Survival of This Ancient City 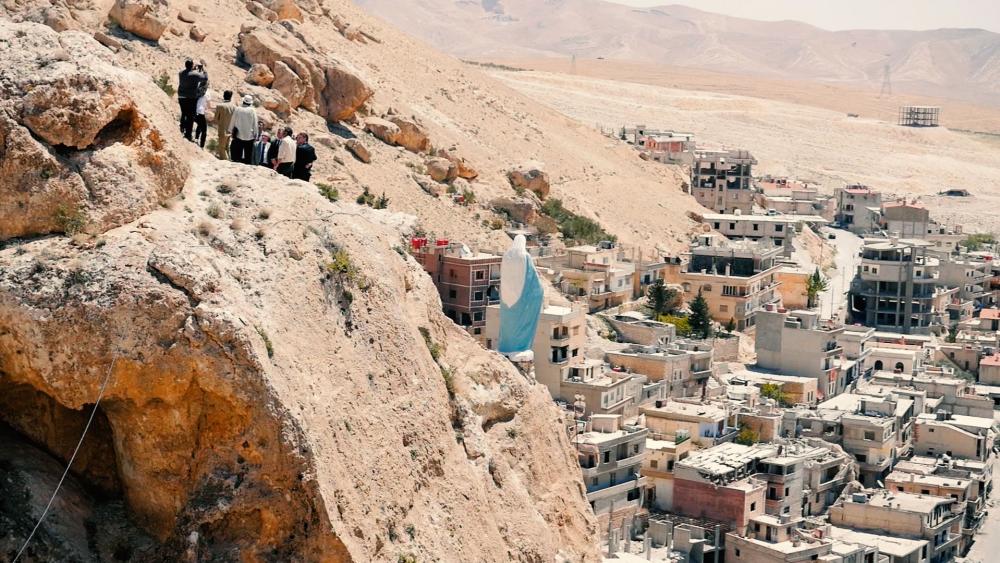 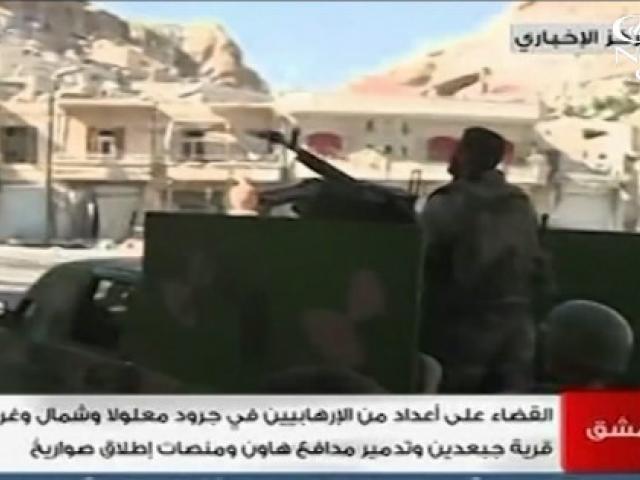 Life After ISIS: The Miraculous Survival of This Ancient City
4892753427001
Why ISIS is Trying to Annihilate Christianity

MAALOULA, Syria – Rape, beheadings and destruction are some of the egregious acts ISIS and other Islamic terror groups are committing against Christians in the Middle East.

Yet miraculously, the people of one of the world's oldest Christian cities have survived.

Maaloula is an ancient Christian city where the people still speak Aramaic, the language some scholars say Jesus spoke.

Maaloula's rich history allowed it to become a symbol of Christianity, which is why Islamists wanted to control it. It was a symbol for all of Syria and it's important for the Assad regime to control it again.

The Syrian army fought aggressively and liberated Maaloula eight months after the terrorists seized control. But the town had already suffered much hardship and destruction.

ISIS left St. George's Church in Maaoula largely intact, but they severely damaged its interior, destroying some of the ancient icons.

They tried to erase Maaloula's Christian heritage by shooting up icons, knocking down a statue of Jesus and desecrating a depiction of the Last Supper.

But the terror inflicted on human lives proved even more devastating.

"They came here to convert the Christians to Islam and they wanted to destroy Maaloula because it is Christian," resident Maryam El Zakhm recalled. "They shouted 'Allahu akbar!' They were from Chechneya, Egypt, Libya, from everywhere – Tunis, Algeria – they came with long hair, long beards and scary faces."

Maryam was at home when the terrorists, armed with automatic weapons and grenades, approached her doorstep.

"They attacked my house and started screaming, 'Come out you Christian pigs!' I knew they planned to take our daughters, rape and kill them. So, I thought of killing my daughters and then myself before they could get to us. I then prayed to God instead and asked him to give us a chance to leave the house," she explained.

Maryam and her family escaped out a back door just moments before the jihadists stormed their home.

"We had a lot of fear in fact at that time and people began to leave Maaloula; in fact six men were kidnapped. We still do not know their fate," said Father Toufic Eid, parish priest of St. George's Greek Melkite Catholic Church.

They also kidnapped 15 nuns, who spent three months in captivity before they were freed in a prisoner exchange. Other Christians, however, were not so fortunate.

Maryam's nephew, Sarkis, and two other men hidden in the cellar of a house. The terrorists called out to them, pledging they would not be harmed if they surrendered.

"When they refused to convert to Islam, they were killed – three of them," Maryam said.

In a show of support for the Christians of Maaloula, Syrian President Bashar al-Assad toured the town in April 2014. He walked through the rubble of damaged homes, monasteries and church buildings and pledged to help restore Maaloula to its ancient beauty.

"Of course, of course not only because they are Christians but because Maaloula became in the past a symbol – a symbol of the Christianity itself and a symbol of living together between Christians and Muslims. That's why Maaloula was important and that's why it was attacked," Toufic explained.

Restoration efforts continue at Saint Sarkis Monastery, one of the oldest monasteries in all of Christendom.

It was heavily damaged by the terrorists, but today it is mostly restored.

Predating the Council of Nicea in 325 AD, the monastery chapel was built in the 4th century on the ruins of a pagan temple that remains intact.

Missing today are 16th and 18th century icons that once adorned the chapel walls. Some believe the jihadists may have either sold or destroyed them.

Maryam says the terrorists could have easily massacred the city's Christians, but God intervened.

"I believe prayer had an effect. By your prayers, we were protected," she said.

While many buildings have been restored, it will take longer for the people to rebuild their lives.

"My daughter has nightmares and screams in the middle of the night, 'They're coming to kill us!" Maryam said.

While Father Toufic remains optimistic, he knows the Christians of Maaloula still face many challenges as fighting continues in their country.

"Pray that God will not only restore peace to Maaloula, but to all of Syria," she said.