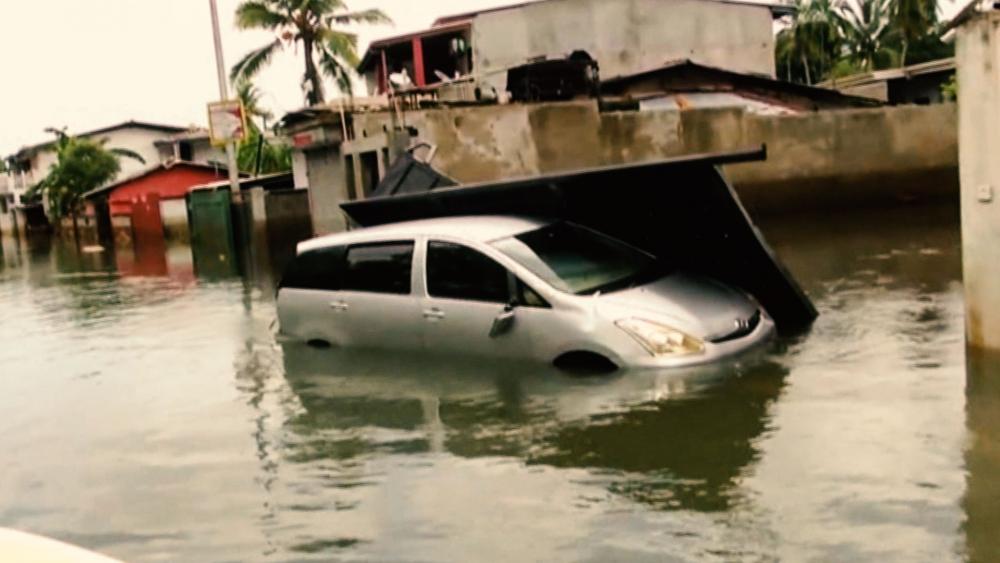 Sri Lankan rescue crews are searching for survivors after catastrophic floods and landslides.

The country has seen its heaviest rains in 25 years over the last week. More than 100 people are missing and at least 92 are confirmed dead.

Foreign aid began arriving over the weekend and the Sri Lankan Navy has been keeping a lifeline open to those trapped inside their homes and to those trying to get back. Using boats, the sailors have moved deeper into the city's flooded areas to distribute aid.

More than 185,000 people who lost their homes are being housed in temporary shelters.

The rain has finally stopped, but authorities say their new concern is the potential of waterborne disease.

"Once the water goes down, the flood levels, there'll be fever. And of course, because of the germs in the water, if it is injured between their toes, which is all infected, we have to give antibiotics to them," said Manisha, an employee with the International Institute of Health Sciences.