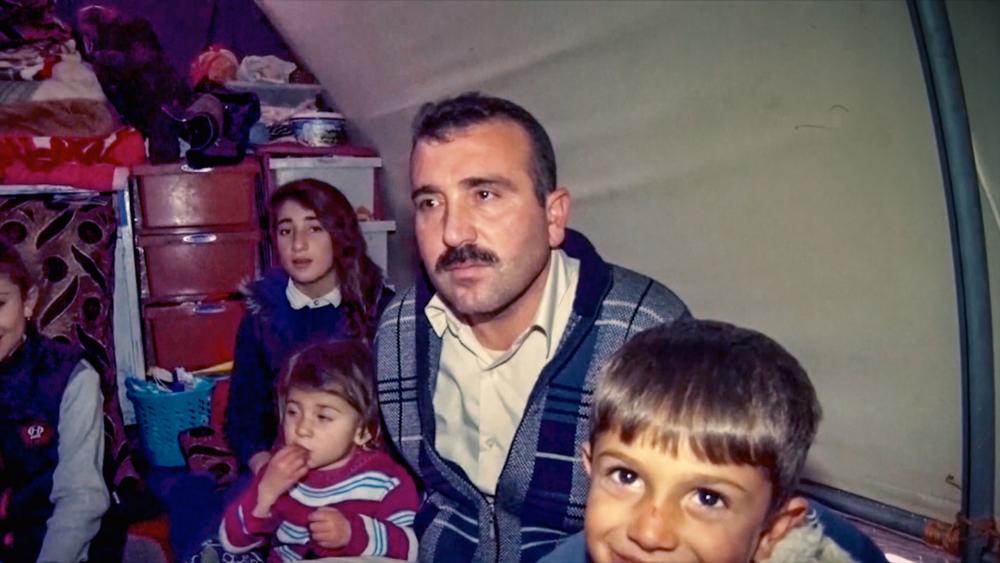 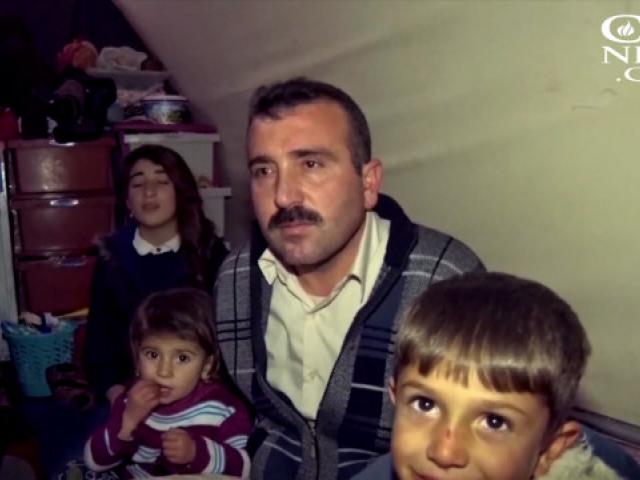 STUTTGART, Germany -- Through much of their history, the Yazidis have been a hunted people -- hunted by forces that wanted to exterminate them: the Ottoman Turks, Saddam Hussein and now, ISIS.

Yazidi men were told to join ISIS or be slaughtered. The women and girls were turned into sex slaves.  Anyone who resisted was dead.

No Semblance of Normal

The fortunate ones made it to Europe where they thought they would escape their Muslim torturers and find peace and safety.  But after our interviews in Germany with several Yazidi victims, it became clear that for all of them, a normal life is probably never coming back.  They're still tortured by what was done to them, and what they saw.

Ayas was just 15 when he was told to convert to Islam and join ISIS, or die. Speaking Aramaic, he told us of one horrific scene.

"There were big ovens made of mud, as is the tradition in our country. The ovens are made for baking bread but big enough to hold a person. ISIS forced me and the other young men to push and throw elderly people and whoever talked about the Yezidi religion into the ovens and they burned them," he said.

"One of my friends was forced to put one of the old people in the oven and heard his voice and knew it was his own grandfather," he continued. "One day a man tried to escape from ISIS and they arrested the man and forced his son to kill him front of all of us."

Aide was taken from her husband and made a sex slave, but tried to protect the young, pre-teenage girls who were being raped.

"We were like a flock of sheep without a shepherd," she told CBN News. "One day the guards grabbed a 9-year-old girl and took her to the second floor into the bathroom and he raped her while she was screaming and crying and we could hear it all, but what could we do?"

Hadia said she and the other women and girls tried to make themselves as unappealing as possible, to keep from being raped.  "We did not wash and we pretended to be insane so that ISIS would not rape us because, otherwise, they simply took us to do so as they liked," she said.

We also interviewed a girl who was 12 when she was used as a sex slave. She told us how another young girl killed herself after being raped.

Now the nightmare has returned. The Yazidis in Germany are watching as Muslim refugees flood into Europe, welcomed by the government.  And they fear for their lives again.

German police know that the Islamic State has planted jihadists among the refugees flowing into Germany and that a terrorist attack could be imminent.

Now, the Yazidis must face it all again: radical Salafist Muslims on the streets of Germany, marked by their distinctive beards.

*To learn how you can help refugees, go to the Hatune Foundation.

One girl told CBN News, "When I see men with beards I get very scared and start crying. I remember how they look and what they did to me."

Aide said, "When I see someone with a beard, even if he is not from ISIS, I get paralyzed. I cannot walk, not scream or anything. I cannot even look at him."

Nun: 'Islam Is a Religion of Persecution'

These Yazidis are cared for by Sister Hatune, who has been rescuing victims of persecution for 26 years.  She knows their suffering because she and her family were terrorized by Muslims. They call her their mother.

"Many of them, they cannot sleep. Everything comes back to them in the night.  Even here in Germany, when they see people who are covered, if they see people with a beard, they have the mustache, that means they're ISIS, Salafist, and they're afraid more than that," Sister Hatune said.

Aide's small children saw people decapitated. Now, they suffer from behavior problems and are afraid of beards and knives. Several of our interviews ended in tears.

"I feel with them, you know. They're like sisters," Sister Hatune said. "What has happened to them has happened to me. I hear thousands and thousands like these stories. Not one, two, three or for. One girl told me that in just the first two months, she was raped 280 times."

Sister Hatune's experience, as a victim herself of Muslim persecution, and what she has seen in the Middle East, has made her very politically incorrect on the Muslim issue. She warned Western nations, "Islam is a religion of persecution. Don't open the door to let in the killer. You know who are the killer. Why you let them in your country to kill tomorrow your children?"

Hans Erling Jensen, international director of the Hatune Foundation, says the U.N. only cares for about 10 percent of the refugees in the Middle East, and Sister Hatune can only help as she is funded: "All others, 90 percent, that's maybe three to four million, they are living outside and trying to take care of themselves," Jensen said.

They were forgotten by the world and left to the wolves in the Middle East. Now Chancellor Angela Merkel has brought the wolves to Germany.  The Yazidis feel forgotten, again.

Ayas, still a teenager, admitted, "Psychologically, we will not recover for the rest of our lives. I cannot get rid of the fear and pain from what I went through."

Elias, who was a security guard for the Yazidis before he fled to Europe, said, "We sleep with our eyes closed. But our ears still hear the voices and the cry of our sisters and mothers who were raped. They cry for help, but we cannot do anything to save them. And no one helps them, or us."