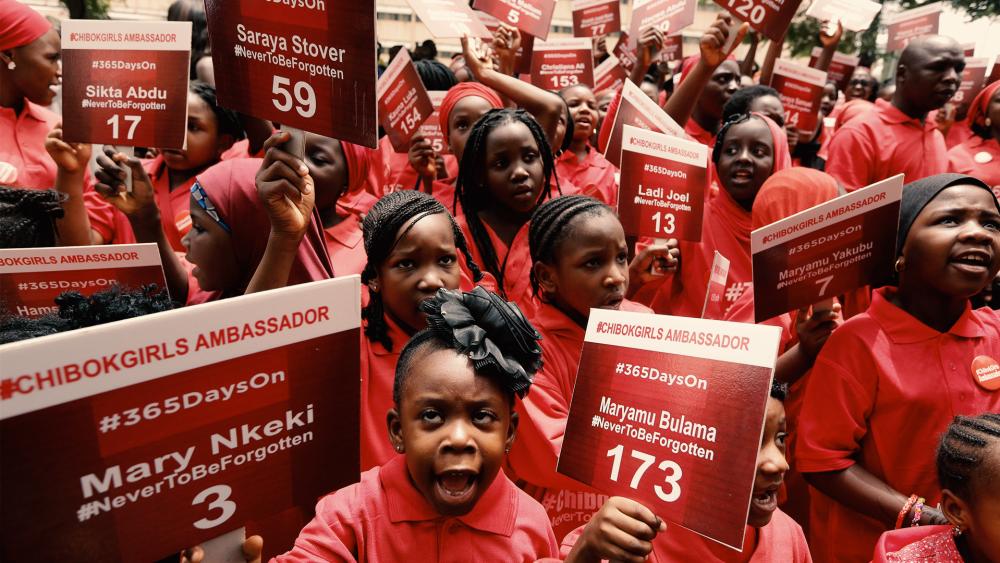 A second Nigerian girl who was kidnapped by Boko Haram is now free, just two days after the escape of the first Chibok girl.

She is one of the 276 who were kidnapped in 2014. An army spokesperson says she was among a group of 97 women and children rescued in northeast Nigeria.

Earlier this week, one of the missing Chibok schoolgirls was found alive in Nigeria. Amina Ali Nkeki was rescued by a vigilante group in the Sambisa Forest on Tuesday.

According to the BBC, Amina Ali Nkeki, who is now 19 years old, was identified by a civilian fighter working for the Civilian Joint Task Force (JTF), a group put in place to fight Boko Haram.

CNN reports Amina was not alone when she was found, and that she was with a group collecting firewood in the forest and asking for help.

She was reported to have been with a man identified as her husband. Some reports say she also had a baby with her, while others say Amina was pregnant when rescued.

The man who said he is Amina's husband claimed he was kidnapped by Boko Haram from Mubi, and taken to the Sambisa Forest where he married Amina.

Amina's uncle, Yakubu Nkeki, told The Associated Press on Wednesday that she is "pregnant and traumatized, but otherwise fine."

She was brought to Chibok Tuesday evening and reunited with her mother.

According to the BBC report, Amina said the rest of the Chibok girls are still in Sambisa except for six of them who have already died. In all, 219 Chibok girls remain missing.

Nigeria's military has made progress against Boko Haram this year by forcing them away from towns and into Nigerian military strongholds in the Sambisa Forest.

The Associated Press reports that Community leader Pogu Bitrus says other Chibok girls may also have been rescued by soldiers hunting down Boko Haram in the remote northeastern Sambisa Forest on Tuesday night. However, their identities have yet to be confirmed.