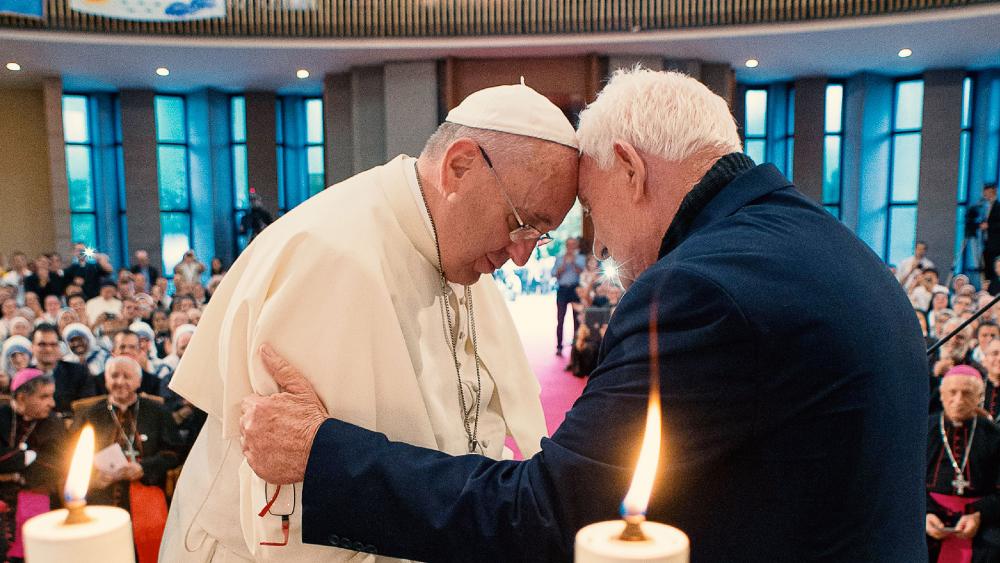 If you want to know what it means to endure for one's faith, look no further than the life of Ernest Simoni.

For 28 years, this Albanian priest was persecuted by his country's Communist authorities for refusing to speak out against Christianity.

His testimony of endurance caught the attention of Pope Francis, who announced this weekend that the Franciscan father, well into his 80s, would to join the Vatican's elite College of Cardinals next month.

Francis reportedly wept when he heard Simoni describe the torture and imprisonment he suffered at the hands of Albanian authorities in the 1960s.

"To hear a martyr talk about his own martyrdom is intense," Pope Francis said after visiting Simoni in Albania in September 2014.

According to the Catholic News Service, Simoni became a priest in 1956, and a few years later his two superiors were shot dead.

Then in December 1963, Simoni was arrested while conducting Mass. He was sentenced to death by firing squad.

He spent the next three months in solitary confinement where he was routinely beaten. Yet he never gave up. Never renounced his faith. Never spoke out against the Catholic Church.

"My persecution began on Christmas Eve in 1963 when I was arrested and put in solitary confinement, tortured and sentenced to death simply because I was a priest," Simoni told journalist Mimmo Muolo who has written a book about the Albanian priest.

Simoni said he used his time in prison to share his faith and encourage other prisoners.

"When I was in prison I celebrated mass in Latin by memory and I gave communion," he said.

According to Muolo's account, other prisoners were ordered to spy on Simoni and record any "foreseeable rage" against the Communist regime.

But Muolo said Fr. Simoni "had nothing but prayers and words of forgiveness for his persecutors."

Simoni's death sentence was never carried out. Instead he was forced to work in a mine for 18 years and then 10 more years in a sewage canal.

"Fr. Ernest was subjected to 11,000 days of torture and forced labour," Muolo said.

Asked how he managed to endure such harsh treatment, Simoni said: "I didn't do anything extraordinary really, I always prayed to Jesus, I always talked to Jesus."

On Sunday, Simoni, along with 16 other priests, joined an elite group of Cardinals who serve as the Pope's closest confidants.