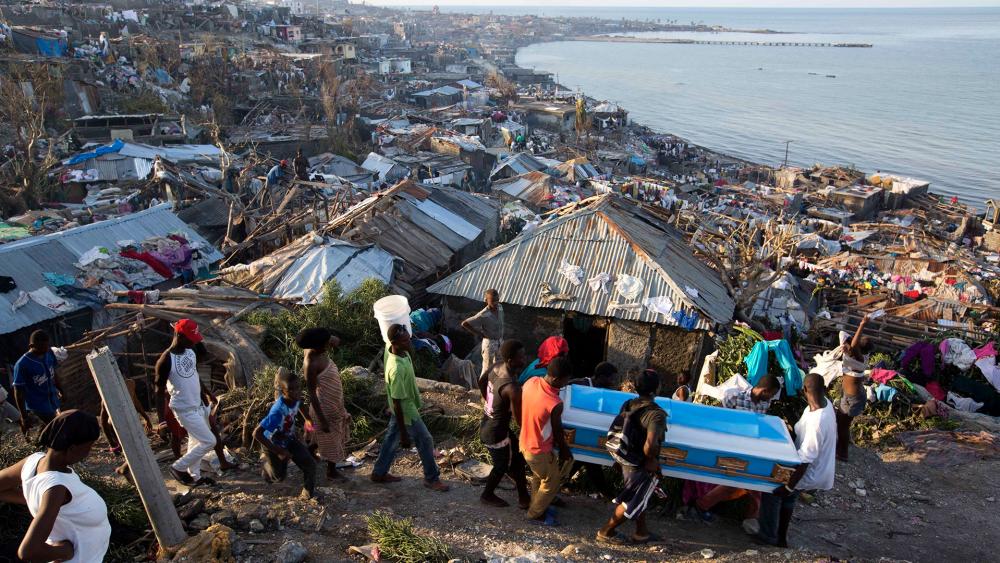 Nearly three weeks after Hurricane Matthew made landfall in Haiti's southwestern tip, towns like Jérémie and others are still facing major problems.

"So what you got is most of the people who live out on this peninsula, 90 percent of them don't have roofs on their homes," American businessman Gary Heavin, founder of Curves International said. "They lost their possessions, their food was ruined, their crops, their farms are all gone."

Days after Matthew hammered Haiti as a Category 4 storm, Heavin went to see how he could help.

"Our operations are out there in the worst of the worst areas where people are getting no food and no medical care," Heavin told CBN News from the Haitian capital city Port-au-Prince.

Since the hurricane, Heavin has been using his own money and planes to fly food and medicines into devastated areas and is also flying sick people out. He says what's happening on the ground is a "hidden holocaust."

"The mainstream media is not down here telling people about what's going on," Heavin said. "Most Americans don't understand that there's a million Haitians at risk for starvation."

Heavin and his wife Diane are no strangers to the suffering of the Haitian people. The Texas-based founders of the Curves fitness center franchise have been serving in Haiti since the devastating 2010 earthquake. He told CBN News that this latest humanitarian effort was a "natural thing" for him to get involved with and knew he had to "step up when this tragic event hit."

"I'm using my own money, my own aircraft, my own time," Heavin said. "It's what we do as Christians. To whom much is given, much is expected so it is a great privilege for me."

Heavin says other aid agencies are trying to do their part but the work is extremely slow and painful. With a cholera outbreak unfolding and many people homeless, aid groups say the country faces an uncertain future.

CBN's Operation Blessing is on the ground in Haiti, working to provide clean water to fight back against cholera.

"We can tell you that when our teams arrived, they compared the area to that of a bomb blast," Dr. Joanna Cherry, chief medical officer of Hospital Bernard Mevs' Project Medishare in Port-au-Prince, told NPR. "There's no leaves left on any trees. There's very little foliage still standing. There's no shade in any areas. Multiple houses had their roofs taken off during the storm."

The powerful storm, which had winds in excess of 145 miles per hour, killed at least 546 people and displaced some 175,000 people.

Thousands of storm refugees who lost everything are now crammed in schools and other hurricane shelters. A UN official who recently visited Haiti said "the conditions in which these people find themselves in are inhumane".

The storm destroyed more than 770 schools, and the schools that were not damaged have been taken over by displaced victims.

"Most of the support from international organizations are gone now and yet the crisis is just beginning," Heavin warned. "They have less food today than they had three weeks ago."

Watch the video for more on Gary Heavin's efforts in Haiti.