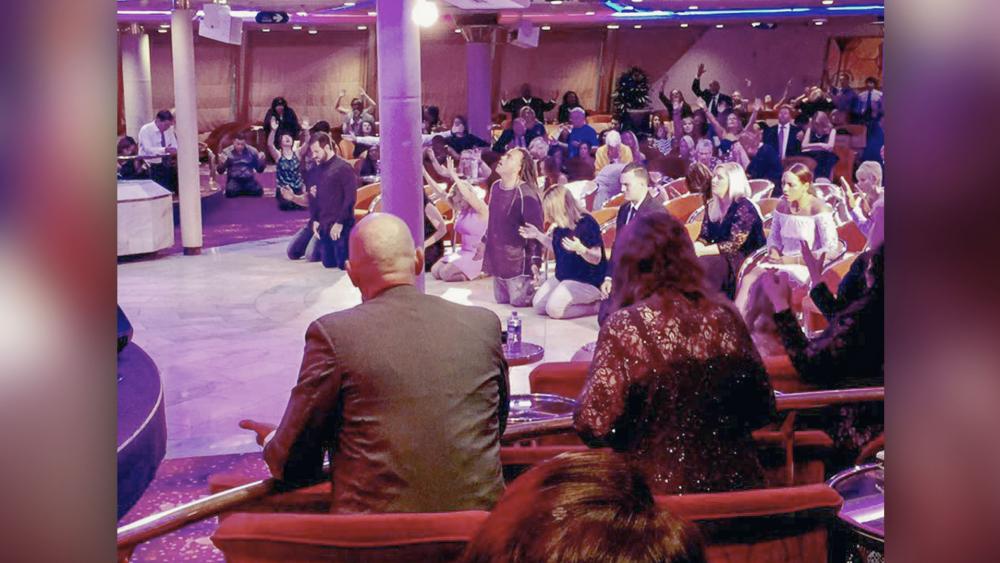 They rocked the boat for Jesus with miracles, signs, and wonders.

I know. I was there.

And even though I didn't personally witness gold dust raining from heaven or angelic encounters, what I did see were hundreds of Millennials (and a few "seasoned" believers) from around the globe feverishly crying out for a deeper relationship with their Creator.

White called out the entire international dining staff and declared that God was about to perform miraculous healings – and then HE DID! One little boy shouted out when his stomach was healed. Another waitress danced after she was healed of back pain, and the night ended with missionary Nikki Garett’s ears popping open. Garrett suffered partial hearing loss after a bout with malaria during her stint in Tanzania.

This is what happens when five young, anointed preachers and one highly gifted worship leader, Roy Fields, gather for what turned out to be an explosive three-day experience. Eric Gilmour, author of Nostalgia: God's Broken Heart, kicked off the weekend with a spirited teaching on intentional intimacy with God. Between worship and weeping, if you weren’t sure about the tone of the conference, after Gilmour's session you knew one thing -- God was up to something BIG!

But it was the coordinator Brian Guerin who built the expectancy. His YouTube teachings center on signs and wonders. Guerin preached on faith-walking, believing God for provision even when every step feels like a blindfolded stroll on a tightrope.

I had a few jump out-of-your-seat Pentecostal "AMEN" moments of my own during his session. (Not really--more like an enthusiastic "hallelujah" in my head, but you get the point.) He left you wanting more Jesus, more power, and more miracles.

For those who prefer your Jesus teachings without the glass of Holy Ghost happy punch, Michael Koulianos, son-in-law of evangelist Benny Hinn, brought the funny. His comical stories about angelic encounters disarmed the hardened skeptics and left the audience in tears. Evangelist Daniel Kolenda, successor to world renowned Evangelist Reinhard Bonnke, preached a stirring message that won many to Christ. It was a timely reminder of the enemy's ageless strategy -- doubt! He reminded his captive cruisers that when we firmly stand on God's word we win every time!

James 1:6; "But when you ask, you must believe and not doubt, because the one who doubts is like a wave of the sea, blown and tossed by the wind."

Now, that/s a "cruising for Jesus" message worth living by!