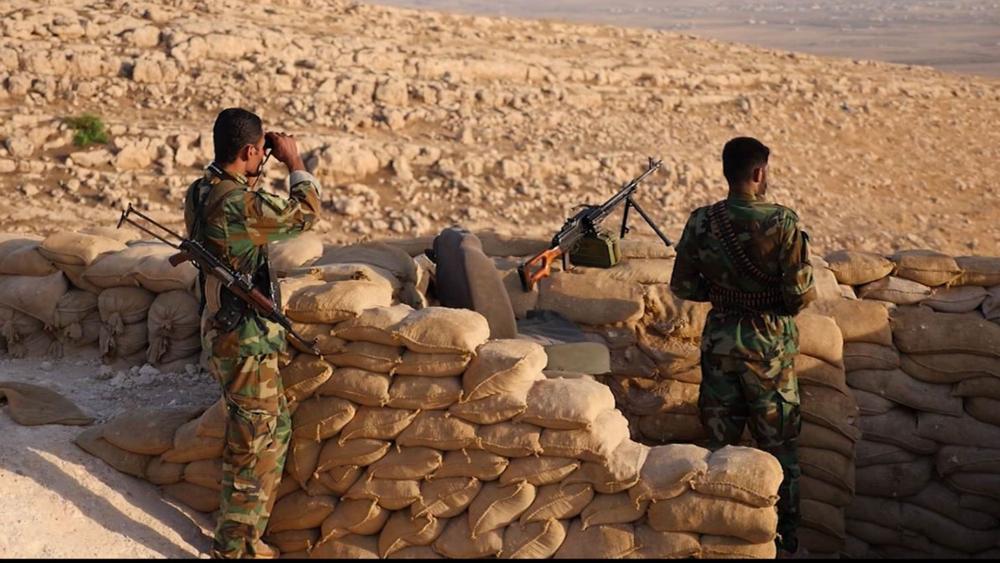 Peshmerga forces prepare for battle for Mosul
5153147568001
Mosul: Next Major Phase in Battle with ISIS

NORTHERN IRAQ -- ISIS is losing territory and momentum in Syria and Iraq.

U.S. and coalition forces want to continue that trend with a major push against Mosul, Iraq's second largest city. ISIS took control there two years ago so losing Mosul would cost the Islamic State in more ways than one.

One of the main forces in the liberation of Mosul will be the Kurdish military known as the Peshmerga.

CBN News got a firsthand look at the lay of the land from one of the Kurdish military's frontline positions, just 400-600 yards away from ISIS. In fact it's close enough to see an ISIS flag on a nearby hilltop.

Mosul: The Prize in Upcoming Battle

Just beyond there is the town of Basheeqa, a Yazidi village captured by ISIS. The plains of Ninevah and the city of Mosul, the prize in the upcoming military campaign, are next.

In a nearby bunker, Kurdish Pershmerga fighters from Iran comprise one of many units stretching across a front of several hundred miles.

"See those buildings right there on the bottom?  See how the road bends to the right? They've come up to that upper bend and assaulted about 300 yards away," he said.

Sitting behind sand bags, CBN News talked with Eubank about the Peshmerga.

Land of the Bible

"The Kurds are on the front lines. There's a frontline rotation," he explained. "That means if you're a butcher, baker, candlestick maker, soldier or not, you come here 'cause if you don't, ISIS is going to be in your house."

These frontlines are lands written about in the Bible.

"[From] this particular spot we're looking at Nineveh, Basheeqa and then Nineveh where Jonah was," Eubank continued. "And people don't change that much throughout history. Only God [could do this]. And in Jonah's time, the Ninevites were doing their own terrible things. But they repented. So that's my prayer for ISIS, for myself…for ISIS to repent and follow God's way."

Just a short drive away, commanding officer Gen. Bahram told CBN News what lies ahead for his troops.

"Our situation is very good because the Peshmerga are in a good position and also the Kurdish people are helping us a lot and the coalition forces are standing with us," he said.

Bahram won't be alone. Military leaders from several European nations met with him. One German commander explained how the Europeans established a center to train the Peshmerga and prepare for the Mosul offensive.

A Message from 'Sister Peshmerga'

The reality is they don't need training; they need a morale boost. Helping with that need is "Sister Peshmerga." She comes to the frontlines to encourage the troops. She asked CBN News to deliver a message to the world.

Eubank says the battle is between freedom and tyranny.

"Down there is oppression and darkness and death. Here is light, freedom and movement," he said. "We all just came here. Nobody stopped us. We came all the way here."

"You can go back. You can do whatever you want tonight. You can leave the country if you'd like. You can't do that there. You will dress this way. You will talk this way.  You will pray this way, and you will stay here until we tell you," Eubank said.

Yet life on the frontlines means daily harassment with mortar attacks from ISIS.

Two mortars hit while we stood there. One was about 300 yards away; another about 500 yards away. ISIS fighters fired these mortars from a village just over the ridge.

The day before, a Peshmerga fighter was killed in a position CBN News was in just a short while ago. This happens nearly every day on the front lines with the Kurdish military.

It's reminiscent of trench warfare during World War I. The Kurdish commander showed us numbers of mortars shot fired at his position.

"Three very positive things (the) U.S. presence does here," he said. "One, we helped stop ISIS and defeat them. Second, we save lives … the third thing is our presence creates an environment and a possibility and the conditions for people to talk together that wouldn't."

Pray for Hearts to Change

"My three prayers are (that) ISIS will be stopped; Kurdistan will be free and the hearts of all our enemies will change to follow Jesus," he said.

Many other Christians are also praying, like Melad. He fled his home two years ago when ISIS captured his village, just a few hundred yards away from the Kurdish frontlines.

"I ask Jesus Lord to take us back to Basheeqa and our church," Melad told CBN News. His prayer could be answered with the success of this key military campaign.

The battle for Mosul will include a number of fighting forces, among them Kurdish fighters from Iran.

Some reports say the offensive will take place sometime in October, but it's been postponed before.

Whenever it takes place, it will represent the next major phase in the war against ISIS.