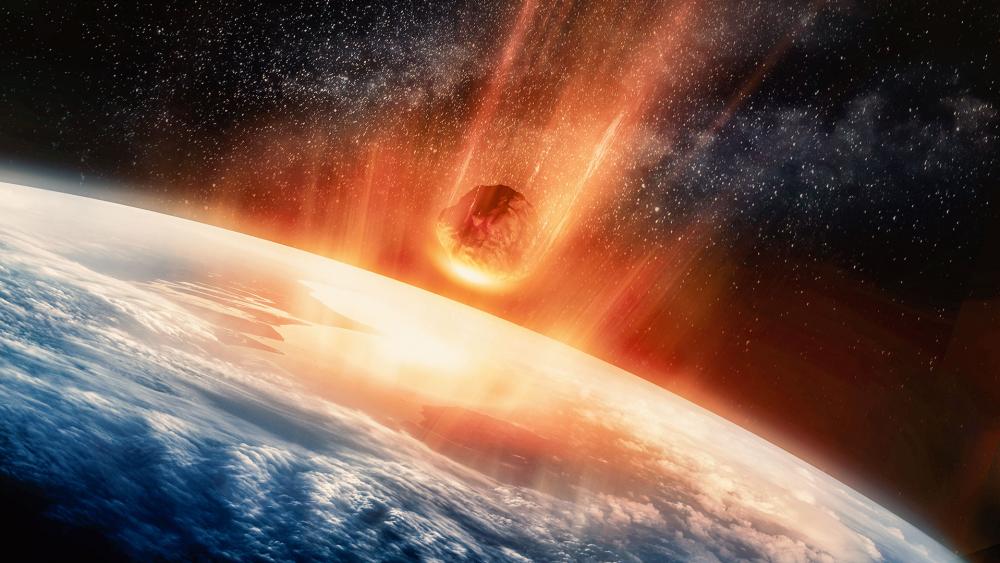 NASA says its only a matter of time before a killer asteroid strikes Earth, a catastrophe predicted in the biblical account of the end of the world.

Revelation 8:8 reads, "The second angel sounded his trumpet, and something like a huge mountain, all ablaze, was thrown into the sea. A third of the sea turned into blood."

In Revelation it speaks of the sun being blotted out for three days. Biblical scholars say an asteroid strike would produce this dust, preceded by an event, like a great earthquake or other disaster, that would end life on Earth.

NASA spends millions of dollars to track any asteroids that fly near our planet and they say the Earth actually gets hit by a 100 tons of meteorite activity every day. However, every million years or so, a space rock large enough to be considered a killer asteroid, comes calling.

In the book, The End of the Age, 700 Club Host and CBN founder Pat Robertson talks about the fulfillment of the biblical description of the end of the world.

"We're big enough to draw some of them in. And as somebody said, it's 'blind luck.' Well, it's the mercy of the Lord. But if that mercy ever got lifted, whew. That's what Jesus himself said!" he advised. "So, hey, just get ready. Get right. And stay right with the Lord."