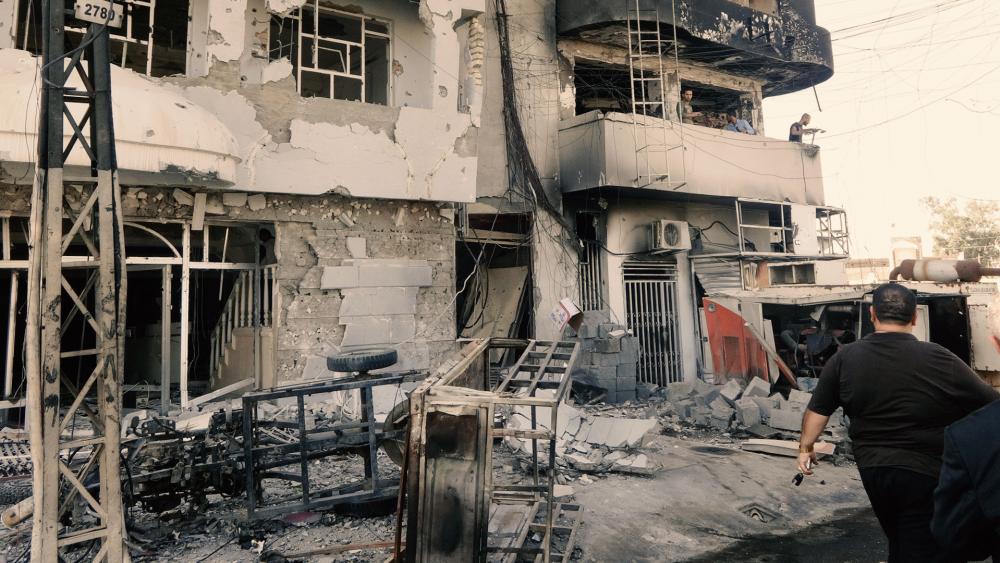 When ISIS fighters launched a surprise pre-dawn attack on Iraq's city of Kirkuk last week, Bishop Youssef Touma had no idea his Christian students would be caught in a near-death experience with the Islamic terrorists.

"The terrorists rushed into the surrounding buildings, including the Dominican nunnery and four homes for the [Christian] students [that] had been chartered by the Archdiocese of Chaldeans," Bishop Touma said in a statement obtained by CBN News. On Friday Oct. 21, ISIS suicide bombers and gunmen attacked several key targets in Kirkuk as Iraqi security forces were preparing for a major assault on the nearby city of Mosul.

One of the buildings the Islamic fighters entered was Bishop's Touma's school, which is home to about 500 students. "They were heavily armed with explosive belts," Touma said. "The security authorities knew the seriousness of the case." "We put a rescue plan for the first group of the 14 girls, in spite of shooting at us by the snipers," Touma described in the email. "Then we came back at 2 a.m. to rescue another seven girls. "

The most harrowing moment came when school authorities discovered that four ISIS terrorists had occupied a room adjacent to where the seven Christian girls were hiding.

"The girls were hiding under beds," Touma said.

Miraculously, each one of those seven girls was extracted from the room. "The Lord blinded the terrorists," Touma said. "When love and courage meet, God makes a miracle." Touma credited Iraq's Special Forces for showing "courage and willingness to sacrifice" in the face of extreme danger. "We were able to save them all," he said.

Touma says he was proud of the way the girls handled the situation.

"I have to say that I was amazed by the courage of the girls and their discipline in obeying the instructions with great accuracy," Touma said. "The amazing fact is that seven students [were] under the beds for 18 hours without any movement [and] avoided the attention of the four terrorists." The four ISIS terrorists reportedly blew themselves up inside the school without injuring any of the students.

"We thank the Lord for his blessings and because He still makes miracles for His children."