Turkey Released Killer of Catholic Priest: What It Means 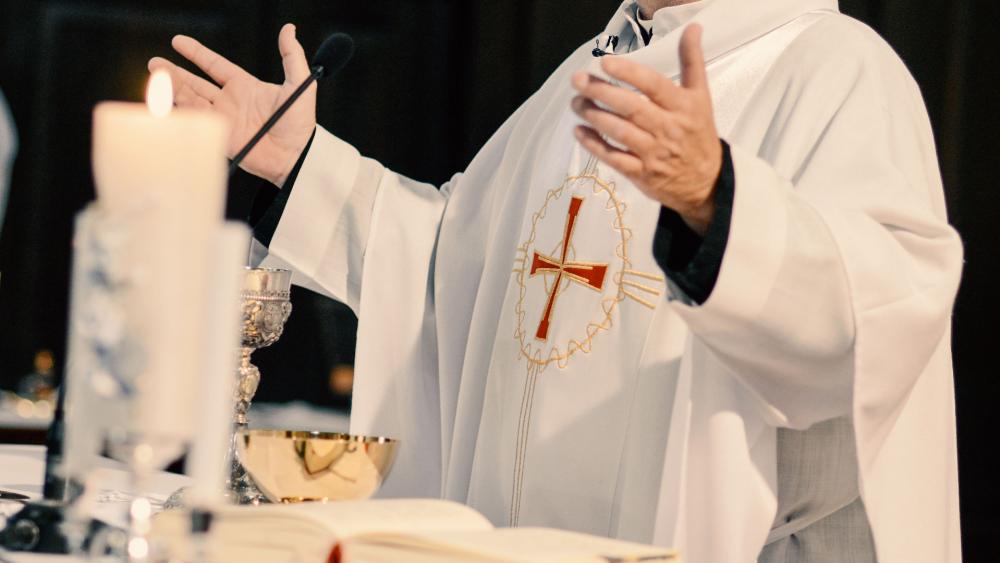 The small Christian community in Turkey was shaken recently with yet more scandalous news that impacts its right to exist in the country.

The killer of Father Andrea Santoro, who was murdered in the church in the northern Turkish city of Trabzon, was released on probation in August.

Andrea Santoro, an Italian Catholic priest, was killed on February 5, 2006. Oguzhan Akdin, who was 16 at the time, shot Santoro as he was praying in the Santa Maria Catholic Church in Trabzon, where he served.

Witnesses said the gunman shouted "Allahu akbar!" (Allah is the greatest) while he shot the priest twice.

Targeted by Turkish Police before His Death

It emerged in 2008 that Father Santoro's phones had already been tapped for three months at the time of his murder.

The police had marked him as a suspect active in "separatist activities based on the Pontos Greek idea," that is, reviving Greek Orthodox sovereignty in the Black Sea area.

Today, there are only around 2,500 Greek-speaking Orthodox Christians in Turkey.

The police form that was submitted to a local court to request authority to tap the priest's phone stated that Father Santoro "Engaged in Pontosist (pro-Pontos) activities in Turkey, had been in Turkey for four years, and had even come to Trabzon in 2003 to organize Pontosist activities in the Black sea region, recruit members for his organization, provide the required financing, and carry out relevant activities as an official in charge in order to destroy the unity and integrity of Turkey."

Three days before the permission that the court gave to Trabzon police headquarters to tap Santoro's phone ended, Santoro was murdered.

Links between Turkish Security Forces and Murders of Christians

Orhan Kemal Cengiz, a Turkish human rights lawyer, told the Bianet news agency that the murder of Santoro in 2006, the murder of the Armenian journalist Hrant Dink in 2007 and the massacre at the Zirve Bible publishing house in Malatya in 2007 should be analyzed together.

According to Cengiz, the Turkish state – including the police, military and intelligence organizations – is involved in the murders of Christians in Turkey.

"It seems that JITEM (the acronym of the Turkish Gendarmerie Intelligence Organization) had a role in those murders, but if the police had not turned a blind eye, they would not have happened," said Cengiz. "And if the intelligence units had wanted to prevent them, they would have, but they chose to turn a blind eye."

"The court file of Santoro's murder was closed extremely fast without anyone understanding anything about the murder," he added.

"In 2001, for the first time, Turkey's National Security Council (NSC) argued that missionary activities should be regarded as a threat," said Cengiz. "Then they started raising the issue of missionary activities in every meeting of the NSC to pave the way for the murders. The Ankara Chamber of Commerce prepared a report about missionaries in the same period. The main issues that the Kemalist (secular-nationalist) organizations established in 2004 and 2005 focus on are also missionaries."

The journalist Ismail Saymaz also wrote that the Christian missionaries are seen as "a national threat" by the state and security organizations of Turkey.

According to Saymaz, the Swedish Protestant cleric Carl Magnus Stefan Persson, who went to Trabzon allegedly to distribute bibles, was also threatened with a note signed by Kemalists on January 20, 2006 – 16 days before Antoro was murdered.

"If you love your wife and children, leave Trabzon," the note stated. "This is our last word to you. We are carrying out our duty of warning you for now. If you do not take our warning seriously, we will do what is necessary on behalf of our country. Never doubt that."

On the same day, Persson sought help from the prosecutor's office in Trabzon, but no action was taken.

Persson was also labeled a "Pontosist" by both Trabzon police and the gendarmerie of Malatya, where three Christians were killed in 2007.

Killer of Priest Santoro: "When I am released, I will shoot down the Pope"

In 2011, Akdin, the murderer of Fr. Santoro, wrote a letter to one of his relatives, whom he called his "brother," revealing that he was not only enjoying his life in prison but also plotting other murders including the murder of the Pope:

"I am like a king inside (the prison). I have my PlayStation, I never get bored. They always do whatever I want. Who the hell was Santoro? When I am released, I will shoot down the Pope."

In February, 2013, Oguzhan Akdin was allowed to attend his father's funeral, accompanied by gendarmerie troops. Upon warmly welcoming him, his relatives in his village kissed him on the forehead.

Akdin was seen to have changed a lot physically and now sported a long beard. He recited verses from the Koran at the funeral , and the photo of him reciting them was posted on Facebook by his brother.

The critical question is, by releasing the murderer of a Christian priest who the prison authorities treated "like a king," what kind of a message is the Turkish government sending to Muslims who are looking forward to seizing an "opportunity" to kill Christians?