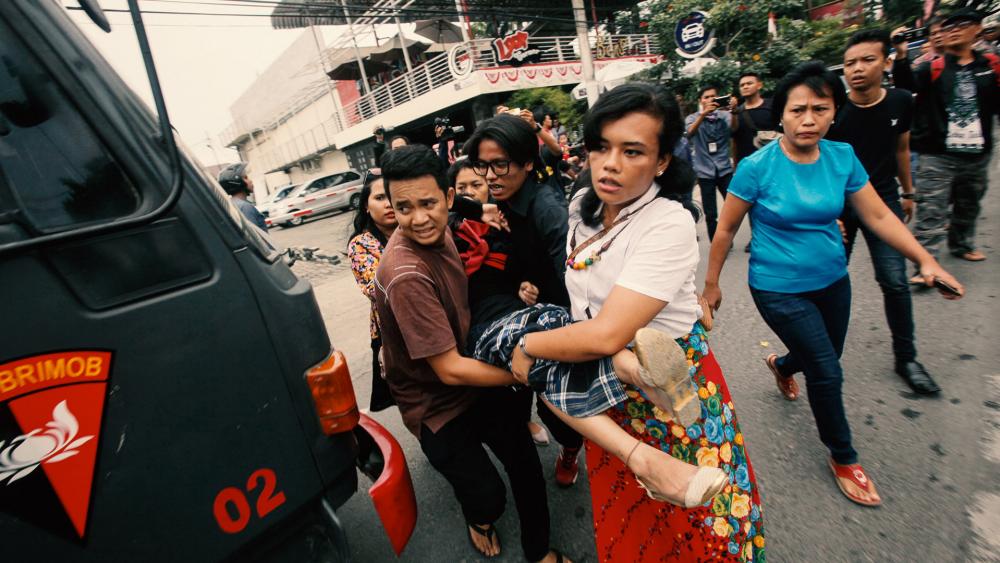 The parents of a would-be Islamic suicide bomber has apologized to Christians in Indonesia.

"There has been no intention at all from us to hurt Christians," said Makmur Hasugian, father of Ivan Armadi Hasugian, who tried blow up hundreds of worshippers at a church in Medan, Indonesia.

On Aug. 28, the 18-year-old rushed into St. Joseph Church attacking a priest with an axe then tried to blow himself up with a backpack bomb. But the device failed and members of the congregation wrestled the axe from him.

During a press conference this week, Ivan's father said his son was a victim of radical Islamic teachings.

"My son is the victim of radicalism. He is not a criminal. Someone persuaded him to do that," Makmur said.

Ivan's mother, Arista Purba, visited him in prison and claims her son was sorry for his actions.

"He apologized for terrorizing many people and getting his family into trouble," Purba said.

The 54-year-old mother also admitted she should have done more to intervene in her son's life.

"This is my fault. I didn't closely monitor him," Arista said during the press conference.

Police reportedly found a hand-drawn picture of an ISIS flag on Ivan. He also told authorities that he was not working alone.