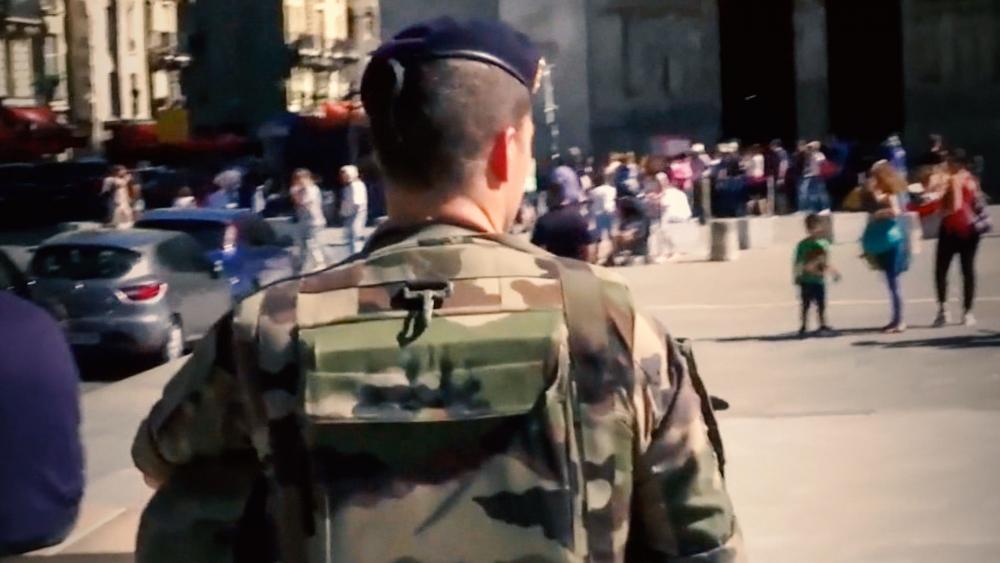 French police have arrested three more "radicalized" women in a violent encounter as they investigated a car found loaded with at least six gas canisters, parked near Notre Dame Cathedral in Paris.

When the car was first found Sunday, details were sketchy, but pages written in Arabic were found in the vehicle.

French authorities quickly launched a manhunt, suspecting it could be part of a possible terrorist plot. Now that suspicion has been confirmed.

The three women who were arrested Thursday put up a violent struggle. One of the women attacked police, and an intelligence officer was hospitalized with a knife wound to the shoulder.

The French interior minister said they appeared to be preparing "new violent and imminent actions."

The three women were detained Thursday night in an area south of Paris in a "veritable race against the clock," Interior Minister Bernard Cazeneuve told reporters.

"These radicalized, fanatic women, aged 39, 23 and 19 years old, were likely preparing new violent actions, particularly imminent," he said. "France is confronted with a terrorist threat of unprecedented scale. ... It requires the vigilance of all our compatriots."

Paris Prosecutor François Molins said in an interview with Le Monde newspaper that an increasing number of teenage girls have been radicalized, some with "terrorist plans."

In the Notre Dame incident, four other suspects with ties to radical Islam were arrested earlier in the week, including two other women and two men.

This is just the latest in a string of Islamic terrorist attacks and thwarted threats to plague France over the past few years.

But the Notre Dame case has also revived memories of bombings across Paris in the 1990s by Algerian extremists, several of which involved gas canisters filled with nails.