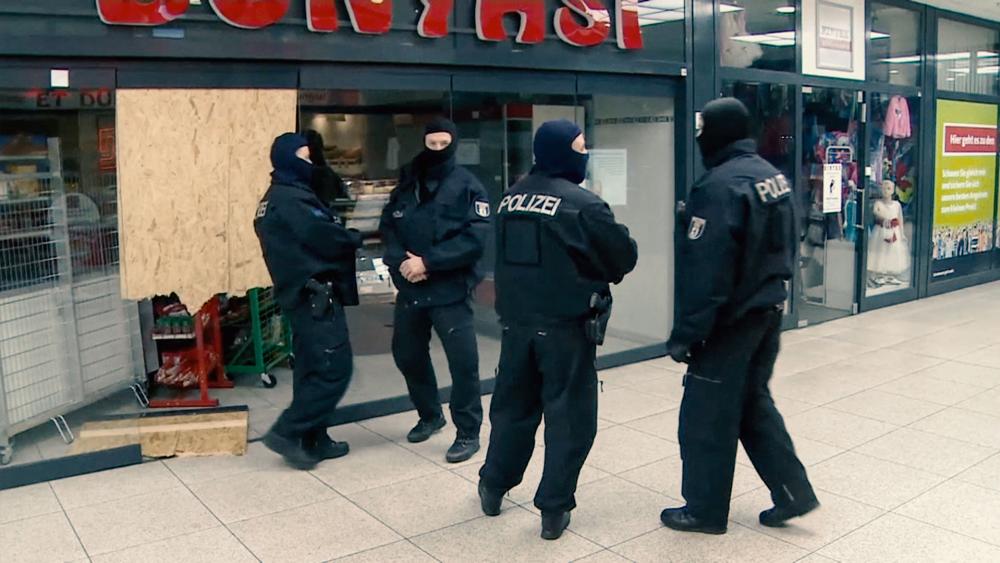 BERLIN – The Stasi Museum in Berlin is a monument to the ultimate surveillance society.  It is housed in the old Stasi headquarters. The Stasi were the state police of communist East Germany whose job was to spy on the population.

On display is every type of spy gadget imaginable for a pre-Internet era.

One in six East Germans were either full-time spies or informers for the Stasi, watching their neighbors.

When the Berlin Wall fell in 1989 and East Germany collapsed, East Germans looked forward to living in freedom. But now, some are beginning to wonder just how free the new Germany is.

Last year a married couple was convicted for creating a Facebook group that criticized the government's open-door migration policy.

At the trial, the man complained that Germans cannot be critical of refugees without getting labeled 'Nazi.'

And 60 others accused of writing so-called hate speech online had their homes raided by police.

In one poll, nearly half of all Germans said they did not feel safe in expressing their real opinion about the refugee crisis.

It is a fair question to ask, 'Who really won the Cold War in Germany?' Because today, former East Germans again live under speech oppression, similar to what they endured under communism.

Of course, today’s Germany very different from communist East Germany, but when it comes to criticism of migrants and the government’s migrant policy, some former East Germans see some disturbing similarities.

Famous German pastor Dr. Theo Lehmann lived under persecution and surveillance for more than 40 years in East Germany. He learned after the Cold War that even his best friend had been spying on him for the East German police. He also learned that four local pastors spied on him.

"That meant that every word you spoke in public had to be thought through," Lehmann said, "even in your own room."

And Dr. Lehmann, now 82, knew what is was to be labeled and shunned for his views.  And he sees disturbing parallels between communist East Germany and the political correctness that rules today's Germany:

He said, "It is extremely annoying that nowadays again you have to measure every word because later somebody could come and criticize it. That hurts any free discussion and it's an incredible fear that is everywhere in society. Nobody dares to speak up anymore because you are always in danger when you say something that is against the mainstream. You could be called a racist or a fascist without any discussion. These labels are put on you right away."

Those Who Dissent Pay

Although Germany as a democracy has the standard political labels of Left, Right and Center, but by American standards, most German politics and media range from Left to Far Left. Flag waving, patriotic anti-immigration Germans are regularly branded as fascist, racist, and treated as a dangerous element.

Former East German Heidi Mund, known as the brave German woman because of her strong stand against Islamization, has paid a high personal price for deviating from the Left-wing party line in modern Germany.

She told us, "We have had freedom of speech in Germany in the last few years but it is changing, very much. It's not the same as it was in East Germany, but they want to control us and they do."

Leftists cover her neighborhood in leaflets telling neighbors they live next to a Nazi. Her husband, Mathias, lost his job because he too has spoken out publicly.

He said, "No one is willing or daring to speak out because everyone would say you are right wing, you are a Nazi, you are a racist.  And they will bash you terribly and they will ruin your reputation. And I know about what I am speaking."

Heidi added, "When you speak out the truth and only the truth about Islam, about politics, about the media, they attack you and they have done it with me."

It's a problem in many Western European nations.

Next Stop: An 'Opinion Dictatorship?'

Dr. Lehmann makes a bold assertion, saying he believes Germany is "moving towards a dictatorship. It is a dictatorship if one opinion is presented in such a way that everyone must conform to it. And he who does not do it is a fascist, racist or something, and immediately you are 'out.'"

"This is what we had for 40 years under communism," Lehmann said.

The German government is now trying to block so-called fake news on the internet, which to some looks a lot like the way communist countries tried to block information from the outside world.

Most Germans seem fine with it. Angela Merkel's so-called conservative party is back in the lead, six months before the next election, even after a string of terrorist attacks tied to her open-door migration policy.

So, change may not come soon to Germany. Those who dissent will remain outsiders, labeled and shunned.