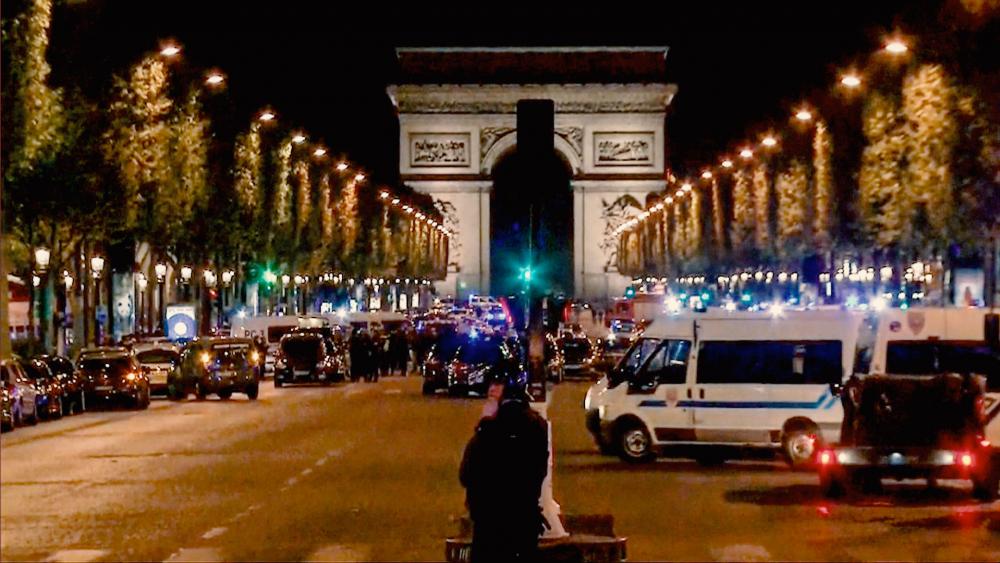 The attack happened just after 9 p.m. Thursday in the Champs Elysees shopping district in the heart of Paris.

A gunman armed with military style weapons walked up to a police van and opened fire.

"I saw three guys coming in a (green) Audi and shoot on the police and kill one of the police, and injure one, said Alex Fofana, an eyewitness.

"Then I had to run away. I was here working on the Champs-Elysees," he said.

A police officer was killed in the attack and two others were gravely wounded along with a woman tourist.  The attacker was also killed and may have had accomplices.

ISIS claims responsibility and may have been directly involved rather than just inspiring the attack.

French authorities have not yet released the suspect's identity, but he was reportedly detained in Februrary for threatening police, then freed.  Overnight, police searched his home in eastern Paris.

Here in the U.S., President Donald Trump condemned the attack.

"Our condolences from our country to the people of France," Trump said. "It looks like another terrorist attack; what can you say?"

The attack comes just days before the first round of the French elections on Sunday.  Some think it might help the far right candidate, Marine Le Pen, who has taken a hard line on immigration issues.

The attack also shows the ongoing threat in France and elsewhere in Europe and it could lead to growing public pressure on governments to stop Islamic terrorism.