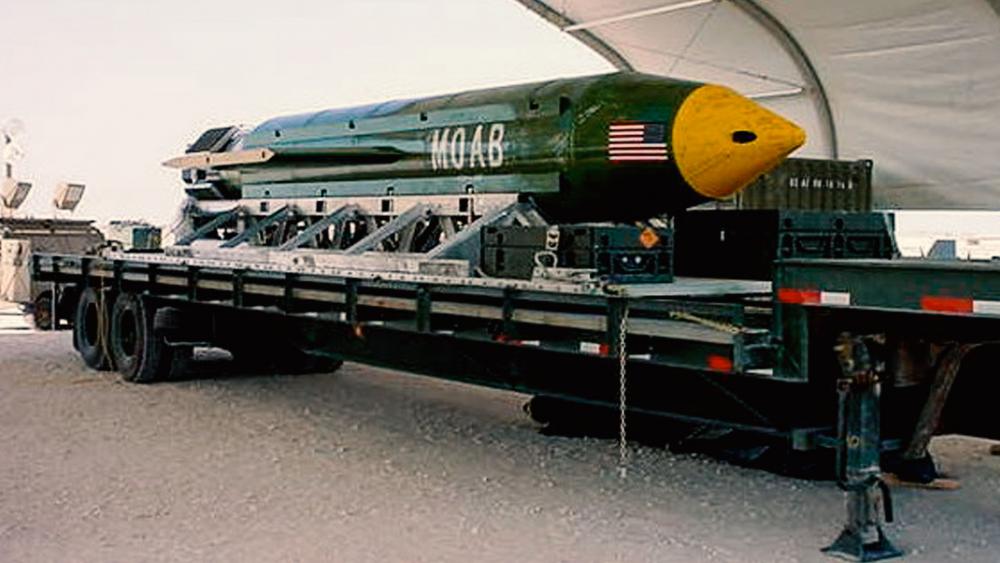 The Pentagon confirmed that 36 ISIS militants were killed in eastern Afghanistan on Thursday after U.S. forces dropped the largest "non-nuclear" bomb ever used in a strike against the Islamic regime.

The GBU-43 bomb, nicknamed the "mother of all bombs," was dropped on ISIS fighters using a network of tunnels and caves in Afghanistan's Nangarhar province, according to officials.

The bomb was dropped from an aircraft and has the impact of about half the size of the smallest nuclear weapon ever built.

Gen. John W Nicholson, commander of U.S. forces in Afghanistan said U.S. forces in the area did not see any evidence or hear reports of civilian casualties.

"The weapon used ... is designed to destroy caves and tunnels. This was the right weapon against the right target," he told reporters Friday. "I want to reassure the people of Afghanistan that we took every possible precaution to prevent civilian casualties."

"We are united with the Afghan government to prevent terrorists from establishing safe havens in Afghanistan," Nicholson added.

Late Thursday President Trump told reporters at the White House that he was "so proud" of our military.

"Another successful job. We're very, very proud of our military," he said.

President Trump did not confirm if he had authorized the use of the massive bomb.

"Everybody knows exactly what happened," Trump said. "We have the greatest military in the world...We have given them total authorization...If you look at what's happened over the last eight weeks and compare that really with what's happened over the last eight years, you'll see there's a tremendous difference. Tremendous difference."

"The U.S. takes the fight against ISIS very seriously," he said during the daily press briefing.

The former Afghan President Hamid Karzai condemned the use of the bomb on Twitter.

I vehemently and in strongest words condemn the dropping of the latest weapon, the largest non-nuclear #bomb, on Afghanistan by US...1/2