A Message for N. Korea? US Test-Fires ICBM Days after North’s Missile Launch 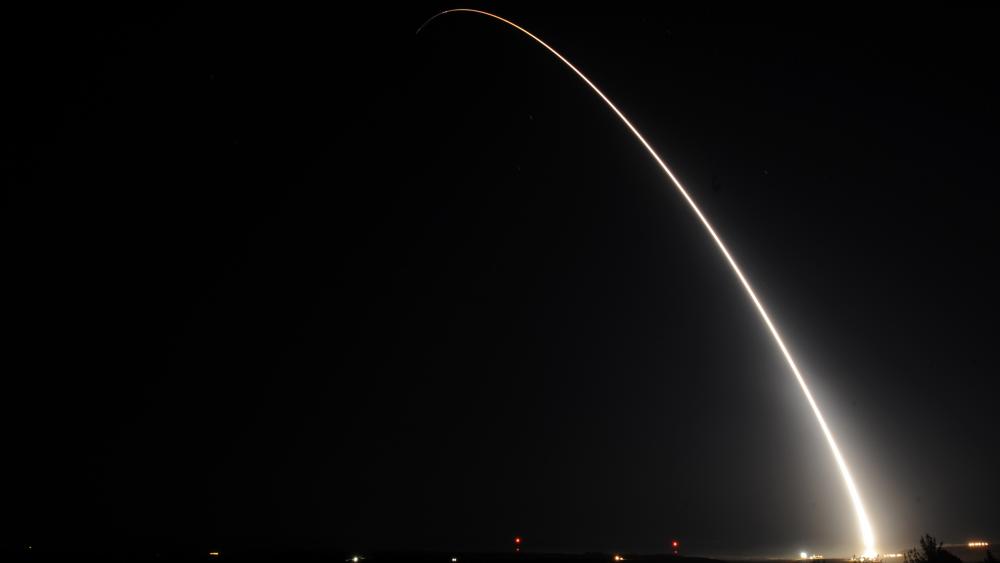 The unarmed Minuteman III missile was launched from Vandenberg Air Force Base, about 130 miles northwest of Los Angeles.

An Air Force statement said that the test was not a response to recent North Korean actions, but shows that America's nuclear enterprise is "safe, secure, effective and ready to be able to deter, detect and defend against attacks on the United States and its allies."

The test comes after North Korea launched an intercontinental ballistic missile on Friday — the second in less than a month. The two-stage missile crashed off the coast of Japan's northernmost island, Hokkaido. Independent defense analysts say such a missile may be capable of reaching California and other parts of the West Coast.

In a disturbing development, the missile came down right in the middle of busy commercial airspace. Flight data shows an Air France 777 jetliner with 323 people on board was traveling from Tokyo to Paris and passed the area. Several minutes later the North Korean missile came down on the plane's direct flight path.

"The crew of this plane had no idea that they were in danger because the missile was coming in from outer space. And what if this missile had broken up at altitude and scattered pieces all around? It would've made it even more dangerous," aviation expert Col. Steve Ganyard said.

Pentagon officials have said North Korea's missile launches are done with no coordination and are reckless.

Meanwhile the United States, through the State Department, is taking a softer approach to North Korea, telling the cloaked country and it's leader that the U.S. is not the enemy.

However, in the same breath, the secretary said the U.S. still requires North Korea to end its missile and nuclear program. Although Tillerson said the U.S. seeks dialogue with the North, he added that, "our other options are not attractive."

Secretary Tillerson heads to Asia later this week for a regional meeting on security issues, which is expected to be attended by ministers from North Korea, China, South Korea and Japan.  It could be an opportune moment for a diplomatic breakthrough.