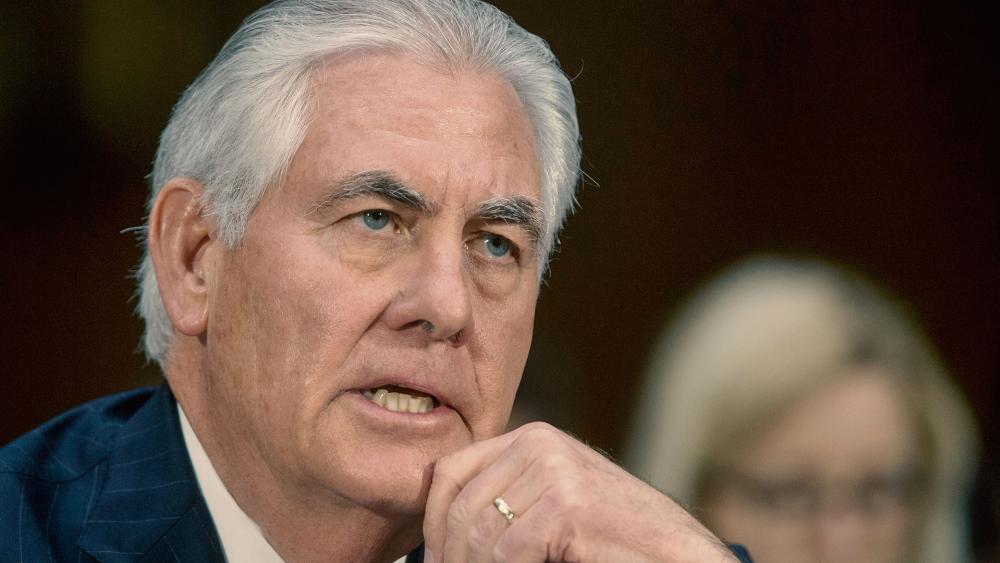 The State Department's annual report on international religious freedom was highly critical of a number of countries, including China and Saudi Arabia, despite them being considered key U.S. ally.

Secretary Rex Tillerson said, "Many governments around the world used discriminatory laws to deny their citizens freedom of religion or belief. No one should have to live in fear, worship in secret, face discrimination because of their beliefs."

The report released Tuesday analyzes religious freedom in 199 foreign countries and describes what the U.S. is doing to support those rights.

Tillerson held nothing back when he named the group ISIS as one of the biggest threats to religious freedom across the globe. He adds the group is responsible for genocide against Shia Muslims, Yazidis and Christians."

"Their terrorist members have and continue to target multiple religions and ethnic groups for rape, kidnapping, enslavement and even death," said Tillerson.

The report found that in 2016 China continued to physically abuse, detain, arrest, torture and imprison Tibetan Buddhists, Christians and other religious minorities.

One Christian pastor was buried alive for trying to stop officials from demolishing his church, the report said - while three Tibetans set themselves on fire to protest China's ongoing repression.

"No one should have to live in fear, worship in fear or face discrimination for his or her beliefs," said Tillerson. He added, "As President Trump has said we look forward to a day 'people of all faiths, Christians and Muslims, Jewish and Hindu can follow their hearts and worship according to their conscious."

"Religious persecution and intolerance remains far too prevalent," Tillerson said. "Almost 80 percent of the global population live with restrictions on or hostilities to limit their freedom of religion. Where religious freedom is not protected, we know that instability, human rights abuses, and violent extremism have a greater opportunity to take root. We cannot ignore these conditions."

The State Department began releasing this annual report since the international religious freedom act of 1998 was amended under President Clinton to help better assess and protect freedom of religion as a foreign policy.