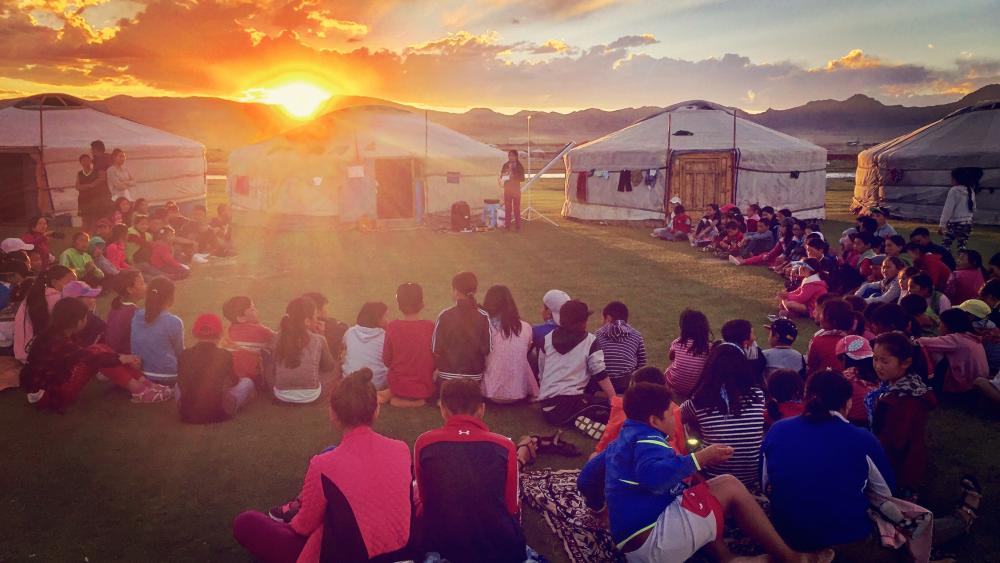 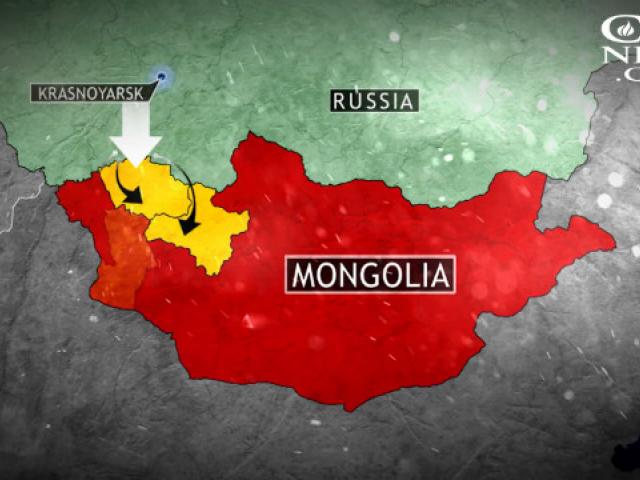 KHOVD & ULAANGOM, Mongolia -- Mongolia is known as the Land of the Blue Sky.

Landlocked between China and Russia...

...it's one of the world's least-densely populated countries, with just over three million people.

More than half live in the bustling capital city of Ulaanbaatar.

The rest of Mongolia, which is roughly three times the size of France and slightly smaller than Alaska, looks like this:

Vast, treeless grasslands, where most people live a nomadic lifestyle...

..and horses. In fact, there are more horses than humans in Mongolia!

Watch as George Thomas journeys through the heartland of Mongolia where there are hardly any paved roads.

"The heart of my Lord Jesus Christ is for the lost and hurting," Barsokov told CBN News. "I want to have the same heart."

Barsokov has made dozens of trips to Mongolia.

"From my home in Krasnoyarsk, Russia to Ulaangom, Mongolia is about 900 miles," Barsokov said. "It takes almost two days driving by road and it is not a easy journey."

Barsokov joins other Russian, Ukrainian & Mongolian believers as they worship God while driving through Mongolian grasslands.

"We have experienced numerous challenges, many hardships as we try to bring God's love to the remote areas of Mongolia," he added.

Each time he comes to Mongolia, he brings with him young Russian Christians trained and equipped to serve as possible missionaries and evangelists.

"What I am attempting to do is raise a new generation of Russian believers who will have an understanding of Christ's love for the world and the role they must play in bringing that Good News to the un-reached."

17-year-old Alena Barsokov told CBN News she got the call to missions at a young age. This is her third visit to Mongolia.

"When I was 9-years-old I read a book about a missionary in a foreign country and since then I have had this burning desire to share God's love with people who have never heard it before," Alena said.

Accompanying her on the journey was Natasha Gorodnuk. This is her first trip to the Asian country. She wants to serve as a missionary to Nepal.

"Every time I think about it, my heart breaks because I know the calling on my life and I know what I'm supposed to do," Natasha said.

For several weeks, Natasha, Alena and four-dozen other Russians partnered with Mongolian Christians to hold evangelistic camps for young people in remote regions of the country.

"We started working together with our Russian brothers and sisters several years ago to reach my people with God's love," said Anhaa Zaya, a Mongolian pastor. "What we are doing in partnership is vital for changing hearts and minds."

In between playing games and enjoying other outdoor activities, camp organizers like Natasha Greschenko introduced Mongolians to Christianity. This is her tenth visit.

"These kids are the future of Mongolia," exclaimed Greschenko as she taught the kids Bible lessons inside a ger, a traditional Mongolian dwelling place.

"They are future pastors, future church planters, and possibly future leaders of this country," she added.

"God willing, they will carry the gospel in their hearts and impact their nation for Christ."

Watch as a group of children recite the Lord's Prayer in Mongolian:

To better appreciate the significance of these evangelistic camps, you have to understand the history of Christianity in Mongolia.

Shortly after the fall of communism, there were only ten believers in the entire country.  Today, 26 years later, some 60,000 believers are spread across this vast nation.

"We are in a remote western part of Mongolia and it is still one of the most un-reached places in the world," said Michael Cherenkov.

Cherenkov is with Mission Eurasia, a group that focuses on raising the next generation of Christian leaders in countries of the former soviet union and surrounding nations. Mission Eurasia is a major co-sponsor of the evangelistic camps.

"Sometimes we think that people around the world know about Jesus, but there are places like this that haven't been touched by the gospel and that's why we are here, changing one life at a time," said Cherenkov.

Lives like that of 22-year-old Buyanaa Davaasambuu. She accepted Christ while attending camp here as a little girl. Davaasambuu graduated from Bible college in May and is preparing to go on the mission field.

"This camp was foundational to knowing God's love and preparing my heart to be a missionary," said Davaasambuu, a Mongolian missionary.

"I try to come back every year to share my experiences of how I encountered Christ."

For others like 16-year-old Mashbat Bassan, a Buddhist, this was the first time learning about Christianity.

"Before coming to this camp, I never heard about God," said Baasan.

"I learned in the Bible study today that this God created the heavens and the earth, the animals and creatures of the sea. I never knew of these stories before."

"Many Mongolians don't believe in Jesus, and before I came to the camp, I also thought I didn't need to know anything about Him," said Myagmardorj.

"But now my heart has changed and I've learned so much more about Christianity."

In all, some one thousand young Mongolians heard the gospel, many of them for the first time.

"I know there's all this controversy about Trump and alleged Russian collusion," pastor Barsokov told CBN News. "But I encourage Christians in America and Russia not to focus on this."

"Millions of people around the world are going to hell because they don't know Jesus Christ. I'm not interested in politics," added Barsokov.

"I'm interested about telling people about Jesus. Lives are in the balance and we are commanded to go and tell others about Christ's love. This is what we are doing here in Mongolia." 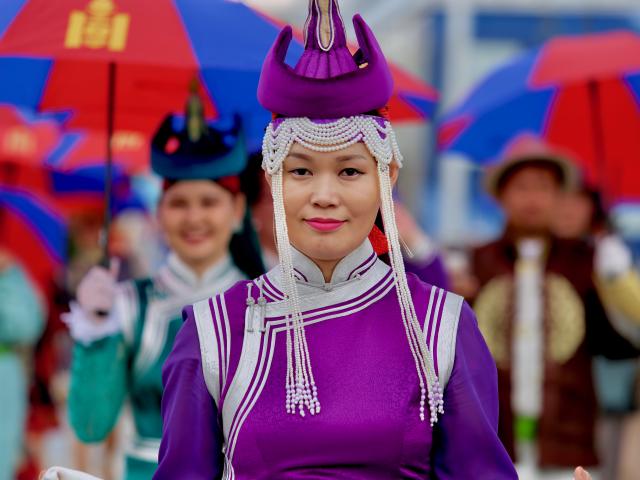 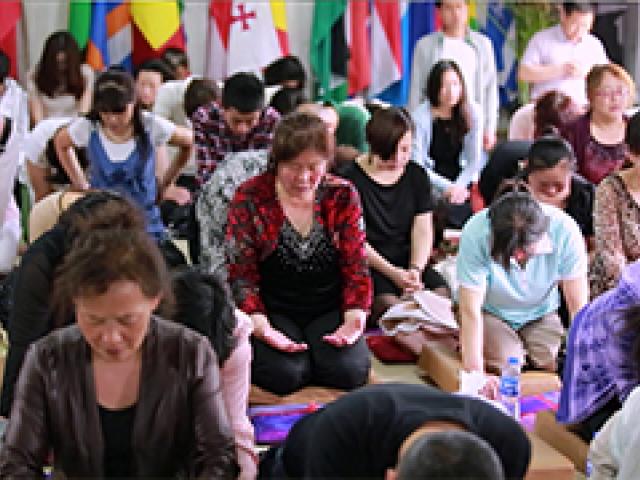 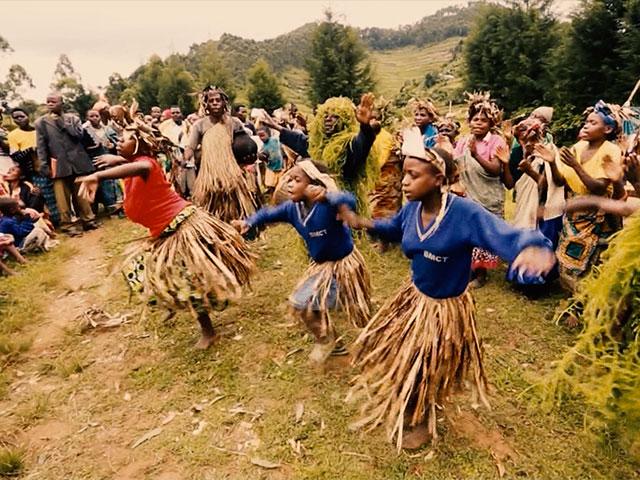