Will North Korea Rhetoric Lead to Missteps and War? 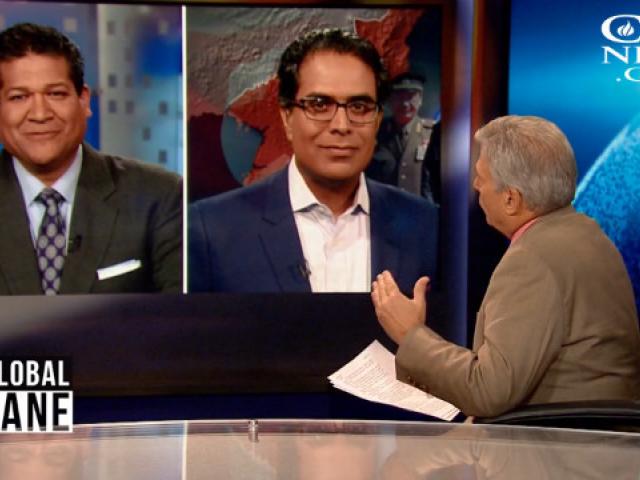 Will North Korea Rhetoric Lead to Missteps and War?

Is the North Korea crisis and words of warning coming from Pyongyang and the White House just more blustering and rhetoric, or might tempers flare even hotter, leading to missteps and war?

Moments after the United Nations Security Council voted unanimously to impose $1-billion of economic sanctions against North Korea, U.S. Ambassador to the U.N., Nikki Haley said the world body should not fool itself "into thinking that we have solved the problem. Not even close."

Her words of warning rang true when the Washington Post disclosed it had received intelligence information indicating North Korea had crossed a new threshold because it had achieved the capability of placing a miniature nuclear warhead inside a ballistic missile.

President Trump responded, warning if North Korea doesn't stop its threats to the United States, he'd  unleash "fire and fury" on the country.

North Korean foreign minister Ri Yong Ho responded, saying his country will never take its nuclear development and and ballistic missile programs off the table in any potential negotiations with the United States.

Now, Pyongyang has threatened to attack the U.S.territory of Guam by mid-August.

What is happening now and what moves are both sides taking to prepare for a potential military showdown?