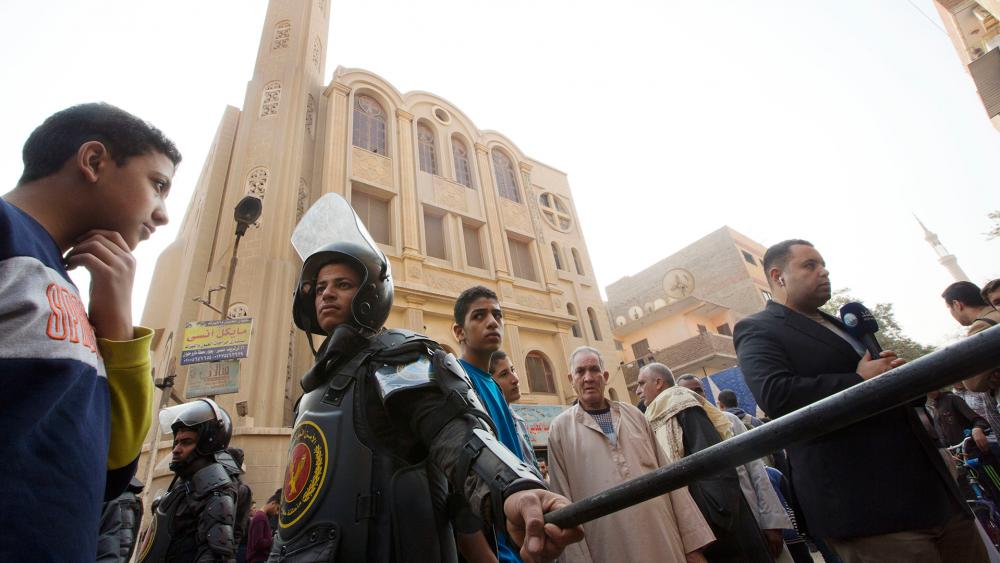 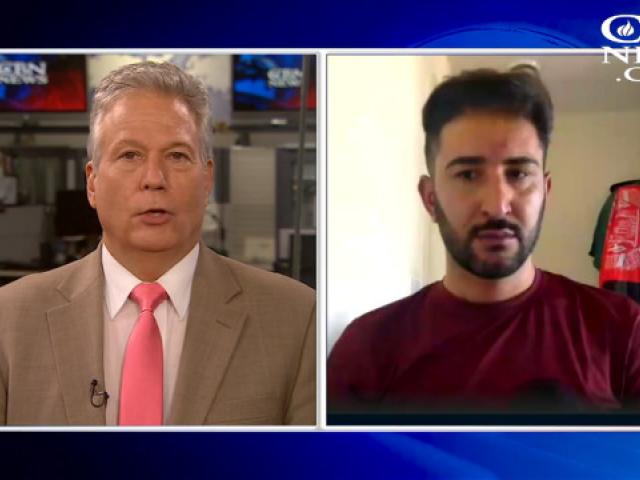 President Trump has offered his condolences to the people of Egypt after an attack on a Coptic Christian Church left ten people dead.

A statement from the Office of the Press Secretary reads, “President Trump condemned the attack and reiterated that the United States will continue to stand with Egypt in the face of terrorism. “

CBN News has learned the deadly terror attack on Cairo’s Coptic Church of Mar Mina could have been much worse.  A senior government official confirmed one of the attackers wore “an explosive belt.”  However, Egyptian police prevented the terrorist from detonating the suicide belt.

The official said security forces protected the church from all sides and like other churches in Egypt, the streets around the church are closed.  The attack took place when two gunmen on a motorcycle opened fire outside the church, he said.

The spokesman for the Coptic Orthodox Church said in a statement there was a separate attack on a store in the same suburb of Helwan that killed two Copts.

Witnesses said the attack was terrifying.

Samir Gerges told the Associated Press people inside the church closed the gates when the shootout began but bullets from the gunfire still entered the building. Gerges said he was walking down a nearby street when the shooting happened. He saw people running and some of them went to hide from the gunfire inside a nearby restaurant.

Raouth Atta, 40, was attending prayers inside the church when the shooting took place.

“Once the gunfire was heard, the gates were closed immediately,” she told The Associated Press over the phone. “People were terrified and wanted to check on their families in other buildings of the church. We stayed inside for 30 minutes before we were able to get out.”

Atta said that once she was let outside the building she saw blood scattered everywhere.

Egypt’s President Abdel Fattah El Sisi offered condolences to the families of those killed in the attack and a speedy recovery to the injured.  He ordered assistance to the families and additional security measures.

Islamic militants have targeted Egypt’s Christian minority in a series of deadly attacks since December 2016.  The attacks left more than 100 dead and scores wounded.  On Palm Sunday this year, two suicide bombings struck Coptic Christian churches in attacks where ISIS claimed responsibility.  Since then Egypt has been under a state of emergency.

Christians make up about 10 percent of Egypt’s population and have often complained of discrimination in the Muslim-majority nation. They say authorities have often failed to protect them from Islamist attacks.

Yet, Egypt’s Interior Ministry announced that during the Christmas season a high security alert had been issued employed 230,000 security personnel dispatched to protect the country and Christian services.

El Sisi has reached out to Egypt’s Christians and in an historic first hosted a delegation of U.S. Evangelical leaders several weeks ago.

The Egyptian president said Friday’s terror attacks will not undermine national unity and he will continue to eradicate terrorism and extremism from Egypt.