Hagee Calls for Prayer for Trump, Israel: 'What He Has Done...Will be Eternally Celebrated' 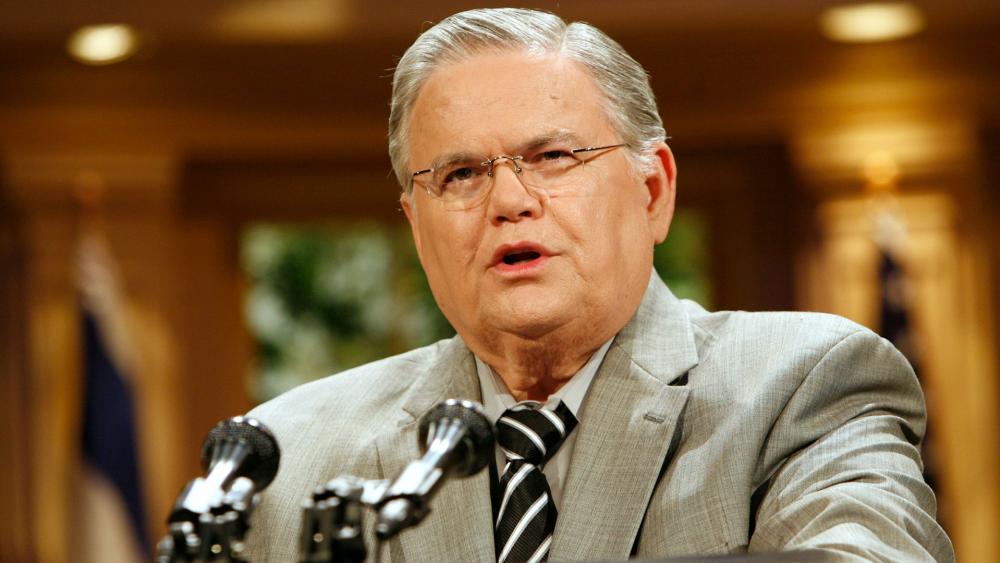 On the day President Donald Trump officially recognized Jerusalem as Israel's capital and announced the U.S. Embassy would be moving there, the founder of Christians United for Israel, Pastor John Hagee, issued a call to pray.

"Let's unite together on this historic day to pray for our president, our nation and the nation of Israel like never before," he wrote on Facebook. "Let's pray that the United States will remain resolute in its commitment and support of Israel."

Hagee, who is also the senior pastor of Cornerstone Church in San Antonio, Texas, also delivered a video message in that Facebook post.

"What he has done today will be eternally celebrated," he continued in the video. "This shows the world that Jerusalem as the capital of Israel is not up for negotiation, and America is and shall always remain a loyal ally of Israel."

Hagee also referenced how in the Bible, Israel is referred to as the "apple of His (God's) eye."

"The apple of one's eye is its center," Hagee wrote. "The prophet Zechariah declared that if you come against Israel and her people, it is as if you have thrust your finger in the pupil of God's eye."

"God made a covenant with the Jewish people, and He does not lie or break covenant," Hagee continued.

The New York Times best-selling author went on to write, "Psalm 122:6, King David commands us to, 'Pray for the peace of Jerusalem: May they prosper who love you.'"

"Righteousness and peace are destined to spring forth from Jerusalem to all the nations of the earth; therefore, it benefits all of us to pray for this Holy City," Hagee continued.

"The scriptural principle of personal prosperity is tied to blessing Israel and praying for Jerusalem," he wrote. "Prosperity is not purely associated with material blessings, but to the Lord's favor and protection as well."

Hagee also called upon Christians "to minister to the Jewish people in a substantial and material way," writing it's "our duty" to do this.

He then referenced Romans 15:27: "For if the Gentiles have been partakers of their spiritual things, their duty is also to minister to them in material things."

Hagee concluded the post with an expression of gratitude for support and prayers for Israel and the United States.

"While so many in this world may sit in judgment of Israel, THANK YOU for standing in the gap for our support of Israel and our great nation," he wrote. "Let it be known that together we are united in our support and prayers for the nation of Israel and the Holy City of Jerusalem!"