Living Beyond Themselves: Couple Sells Everything to be Missionaries in Haiti 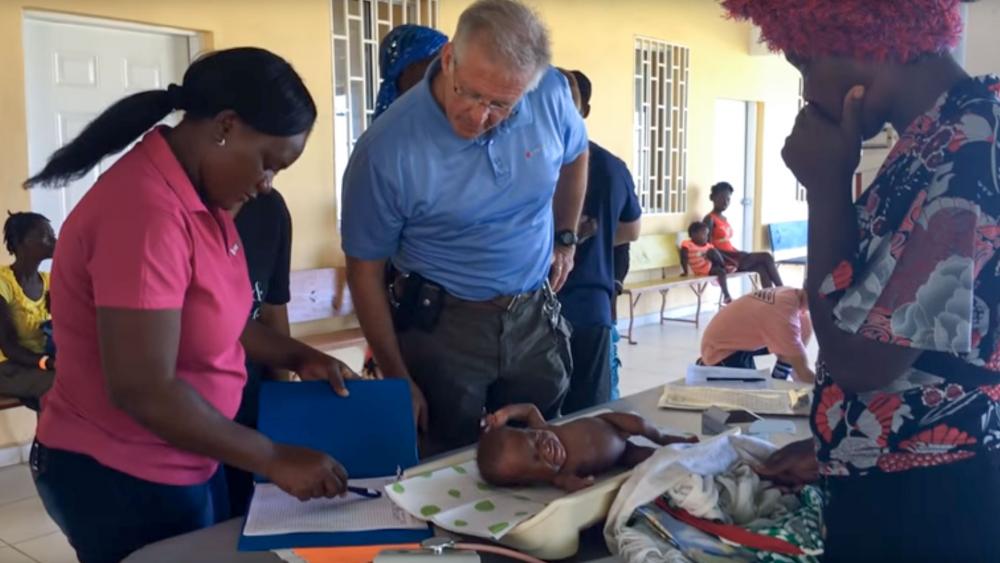 It's been over three years since Dr. David Vanderpool and his wife Laurie picked up their lives and moved to Haiti.

With a nearly 30-year medical career behind him, Dr. Vanderpool sold his private practice in Brentwood, Tennessee, to fullfill a promise he and his wife made years earlier: when their youngest child left for college, they would move to a third-world country, they told the Dallas News.

In April 2013, they sold it all – Vanderpool's practice, their home, three cars and all their belongings to serve medical, educational and spiritual needs in Haiti.

So what made them choose Haiti?
After the 2010 earthquake devastated the country, Dr. Vanderpool went on his first medical mission to Haiti – and not long after it became a family affair.
Every month, they would return to Haiti for a week and treat children at an orphanage in a poor town called Thomazeau, an area outside Port-au-Prince with about 200,000 residents.

"These are our neighbors," Dr. Vanderpool explains on their YouTube site. "Haiti is an hour and a half from our borders, and so Jesus said for us to go to our neighbors, and that's what these people are."

The Vanderpools ended up buying 63 acres in Thomazeau, where they now run their faith-based, non-profit organization, "Live Beyond."

Their mission? To "'LiveBeyond' ourselves, our culture, our borders, and our lives so that others can 'LiveBeyond' disease, hunger, poverty, and despair to transform Thomazeau for the Kingdom of God."

"You will see people in Haiti for instance who are widows or widowers, perhaps they're orphans on the street, perhaps they're mentally or physically challenged" Vanderpool explains. "Those people are cast outs, it's just absolutely critical that these folk are taken care of."

According to the World Bank Organization, Haiti is the poorest country in the Americas and one of the poorest in the whole world.

Prior to LiveBeyond's establishment in the region, locals did not have access to medical and dental care or professional medical help.

LiveBeyond purifies 220 million gallons of water per year, provides 30,000 meals each month, and their medical clinic treats more than 15,000 people a year and provides maternal health care to 350 pregnant women.
The non-profit works with missionaries all over who chose to go and serve in Haiti.
"We work to be like Jesus, and to be like Jesus we have to leave our glory, so that others may live," said Vanderpool. "We need people to come to Haiti and work along side of us to make a difference in the lives of local Haitians."

A Prayer From Haiti