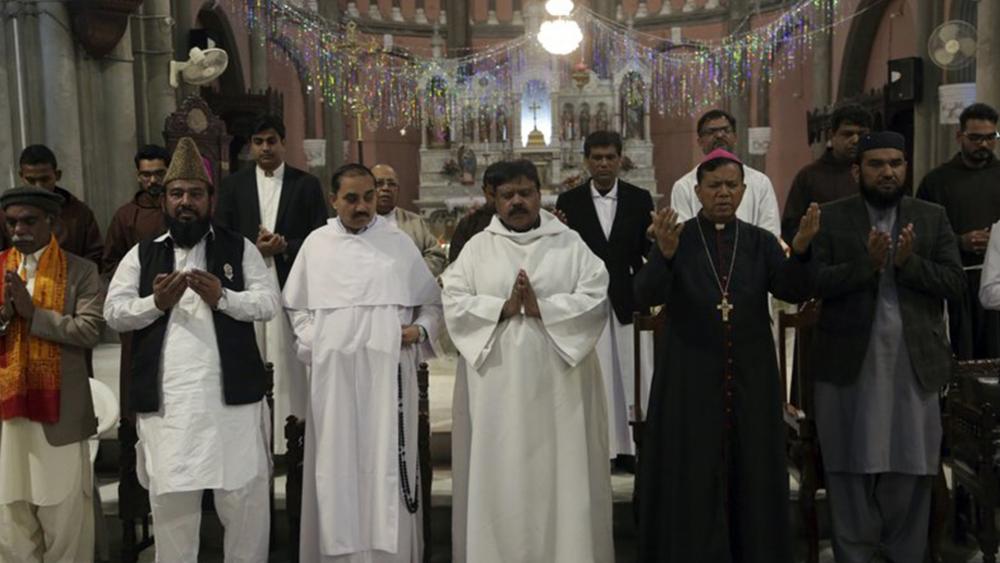 QUETTA, Pakistan (AP) — Pakistani security forces were on high alert across the country on Monday, following a suicide attack by the Islamic State group that targeted a church, killing nine people, officials said.

The assault on Sunday in Quetta, the capital of southwestern Baluchistan province, also wounded about 60 worshippers. It was the first attack on a church claimed by the IS affiliate in Pakistan.

Mass funerals of those killed in the attack were to be held later Monday in Quetta. The provincial police chief, Moazzam Ansari, said security forces were trying to find those who orchestrated the attack.

About 400 worshippers were attending the service when two bombers carrying assault rifles stormed the church, triggering a gun-battle in which one assailant was killed by police guards and the other opened fire at worshippers and detonated his explosives’ vest.

The Islamic State affiliate initially only claimed responsibility for the attack but a second statement posted on the IS-linked Aamaq news agency said two IS “martyrdom-seeking fighters clad in explosive vests and carrying machine guns and hand grenades, attacked the church.”

One of the attackers detonated his vest among the “Crusaders while the other was killed in a clash with the renegade Pakistani security forces,” it said.

IS has claimed several attacks in Pakistan in recent years though Islamabad denies the group’s presence and claims it has no organized network in the country.

Naseem Masih, who was wounded in the assault, said one of the attackers reached the entrance of the prayer hall, where he opened fire before blowing himself up.

“We were praying when a bullet hit me,” Masih said.

It was the first time IS claimed an attack on a church in Pakistan, though Muslim extremists have targeted churches in the past.

The deadliest previous attack on a church was in September 2013, when twin suicide bomb blasts killed 85 people in a Peshawar church. Jundullah, or Army of God, then a little-known militant group, claimed responsibility for that attack. 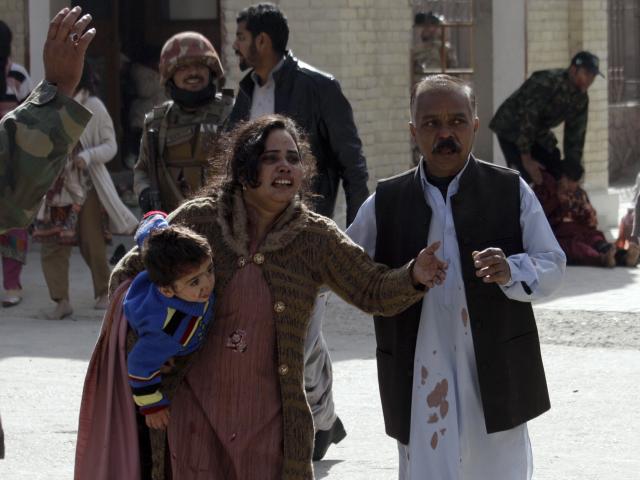