A Violent Night in Iran, Israeli PM Responds to Claims about Who's Behind the Protests 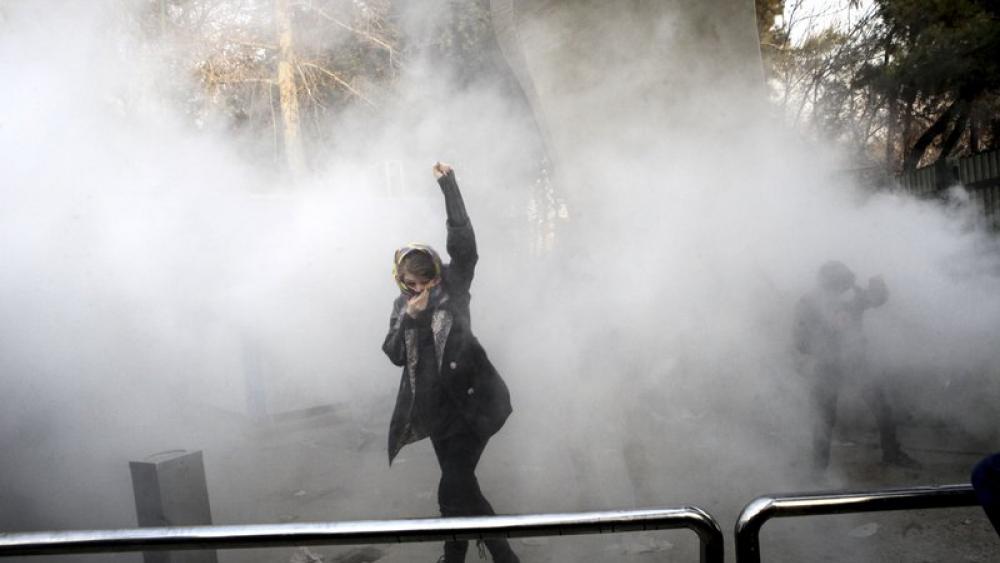 MUST SEE: Israel's Prime Minister Benjamin Netanyahu responds to claims Israel is behind the protests in Iran.

Israeli Prime Minister Benjamin Netanyahu on Monday expressed support for the protestors in Iran and wished them "success in their noble quest for freedom."

In a video posted to Youtube, Facebook, and Twitter, Netanyahu called the protesters "brave" and "heroic" in their quest for what most of the world considers basic human rights and freedoms.

"Brave Iranians are pouring into the streets. They seek freedom. They seek justice. They seek the basic liberties that have been denied to them for decades," Netanyahu said in the video.

He criticized the Iranian regime's violent response to the demonstrations and also condemned the regime for claiming that Israel was responsible for the demonstrations in which thousands of people have reportedly taken to the streets in cities throughout the Islamic nation.

According to Iranian state television, at least 12 people have been killed since the demonstrations began Thursday over the country's sinking economy.

"Some armed protesters tried to take over some police stations and military bases but faced serious resistance from security forces," state TV reported. It did not say where those attacks occurred.  The network also aired footage of a ransacked private bank, broken windows, overturned cars and a firetruck that appeared to have been set on fire.

U.S. President Donald Trump, who has been tweeting in support of protesters in Iran, continued into the New Year. He described the country as "failing at every level despite the terrible deal made with them by the Obama Administration."

"The great Iranian people have been repressed for many years," he wrote. "They are hungry for food & for freedom. Along with human rights, the wealth of Iran is being looted. TIME FOR CHANGE!," the president tweeted.

Iran's economy has improved since it made a deal with other world powers limiting its nuclear program in 2015. The country now sells its oil on the worldwide market and has also inked deals to purchase billions of dollars worth of western aircraft.

Almost three years later, however, the infusion of capital into the country still has not reached the average Iranian. Unemployment remains high and inflation has climbed once again to 10 percent.

A recent 40 percent increase in egg and poultry prices, which the government has blamed on the fear of avian flu, appears to have sparked the protests.