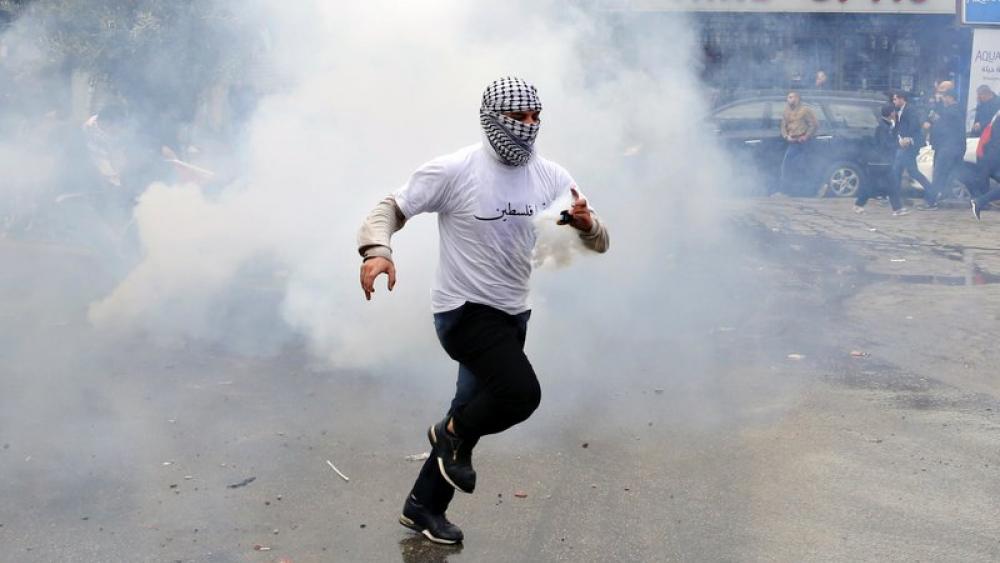 Israeli police say that a security guard has been stabbed near Jerusalem’s central bus station.

The incident appeared to be the first attack since President Donald Trump’s recognition of Jerusalem as Israel’s capital. The announcement set off protests and demonstration across the West Bank, east Jerusalem and the Gaza Strip, and demonstrations around the world.

Meanwhile, Turkey’s president has escalated his vitriol over the U.S decision to recognize Jerusalem as Israel’s capital, calling Israel a “terror state.”

In a speech Sunday in central Turkey, Turkish President Recep Tayyip Erdogan said, “Israel is a terror state.” He called Israeli forces “terrorists,” referring to a photograph of a blindfolded Palestinian youth being led away by more than a dozen soldiers in the West Bank.

“We won’t leave Jerusalem to the mercy of a child-murdering country,” Erdogan said, accusing Israel of having no values other than “occupation and plunder.”

Lebanese security forces have broken up a protest outside the heavily-guarded U.S. Embassy after demonstrators pelted them with stones.

The protesters gathered early Sunday hundreds of meters (yards) outside the embassy to reject the U.S. recognition of Jerusalem as the capital of Israel. After a rowdy start, the protest drew several hundred people and became more peaceful, with demonstrators chanting and singing.

The clashes resumed in the afternoon, with security forces chasing protesters, arresting a handful of them and lobbing tear gas canisters.

Lebanon is home to 450,000 Palestinian refugees, nearly 10 percent of the population.