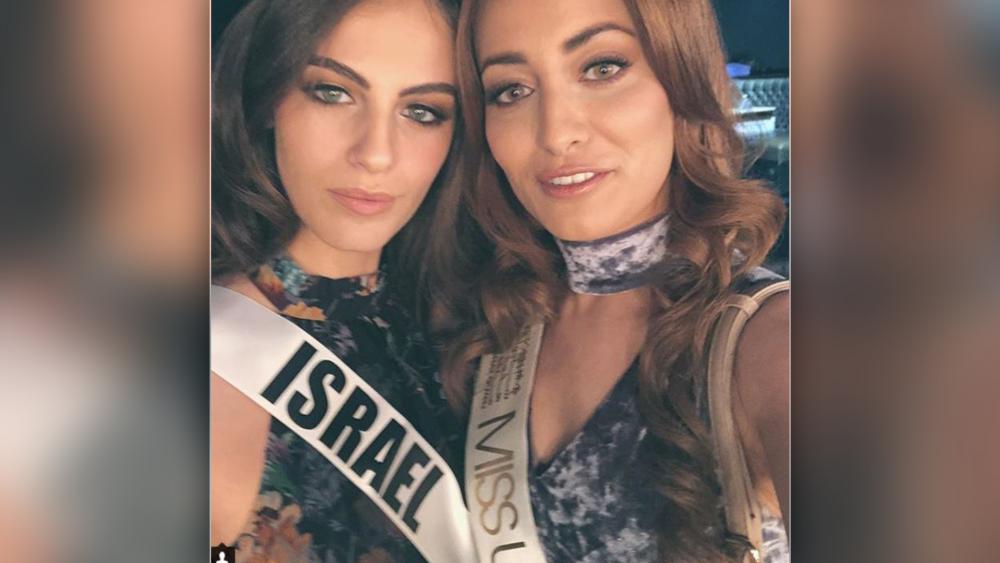 Sarah Idan, the reigning Miss Iraq, has faced threats and her family forced to flee their homeland after she posed for a picture with a fellow contestant from Israel.

Last month, during preparations for the Miss Universe 2017 beauty pageant in Las Vegas, Idan took a selfie with Miss Israel, Adar Gandelsman, and posted the picture to her instagram.

Peace and Love from Miss Iraq and Miss Israel #missuniverse

The picture drew widespread condemnation and death threats in Baghdad forcing Idan's family to escape from Iraq. The fact Idan and Gandelsman were modeling in a bikini didn't help either.

"The two of those things together caused a mess for her back home where people made threats against her and her family that if she didn't return home and take down the photos, they would remove her (Miss Iraq) title, that they would kill her," Adar Gandelsman told Israeli TV.

Despite the uproar, Idan refused to delete the picture.

"I want to stress that the purpose of the picture was only to express hope and desire for peace between the two countries," she wrote in Arabic in an Instagram post.

"This picture doesn't mean I support the Israeli government or its polices towards Arab countries," Idan added. "I apologize to everyone who saw it as an insult to the Palestinian cause - this was not its purpose."

Gandelsman, who has been in regular contact with Idan since the competition, says her friend does not regret the decision to post the photo.

"She did it to so that people can understand that it's possible to live together," Gandelsman said.

Officially, Iraq and Israel do not have diplomatic relations.