EXCLUSIVE INTERVIEW: Wilders Could Take Netherlands Out of EU 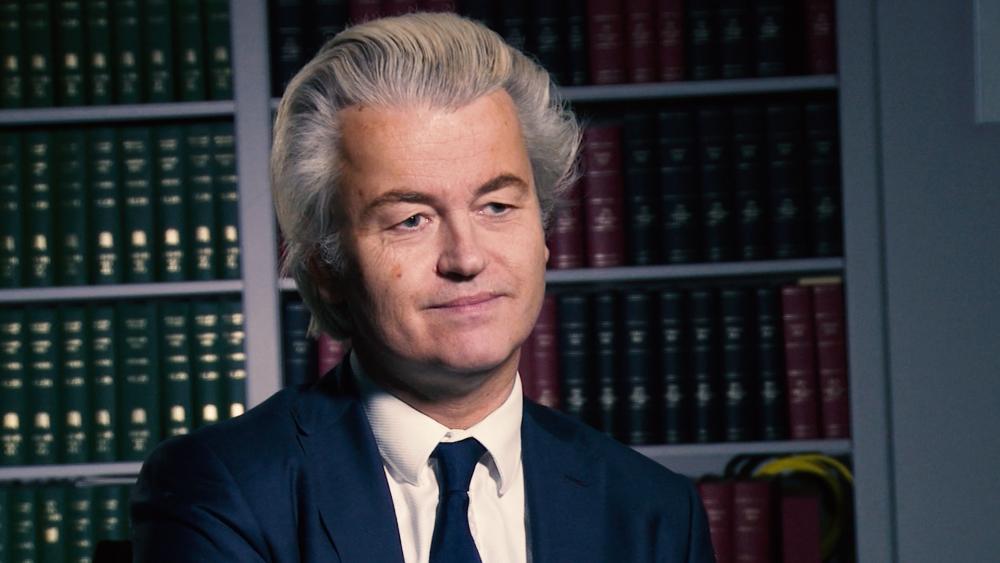 AMSTERDAM – Some say he will be the next nail in the European Union's coffin. Dutch politician Geert Wilders' anti-EU, anti-immigration Party for Freedom is on track to win national elections in March. But he told us why a victory still might not make him the next prime minister. He also calls his conviction on a hate speech charge, for saying there are too many Moroccans in the Netherlands, "ridiculous."

He still lives under 24-hour police protection from death threats. And whatever you do, don't call him the Dutch Donald Trump.

Geert Wilders emerged from his trial more defiant and more popular than ever. And he granted this exclusive interview to CBN News.

Wilders:  No I'm not, you know, how can I be? I really said nothing wrong and the crazy Dutch jurisprudence  – it's not even our law  – I think I'm the first Dutchman who was convicted for something that is not in the law because the judge decided that Moroccans, which as you know is a nationality, has to be seen as a race. Dale, the reason I said it was because 80 percent of the Dutch jihadists who go to fight in Syria are Moroccans. 80 percent. They are 22 times over represented when it comes to street crime, and 60 percent of the Moroccan youth under the age of 23 has been arrested at least once, so in any poll it proved that the majority of the Dutch people agreed with me about the Moroccans, and the judge said because of international jurisprudence, once again not even in the Dutch law, that Moroccans had to be seen as a race. So if you are in Holland, be careful not to say tomorrow that you don't like French, German or Swedish food or people, you could be called a racist. Of course this is ridiculous. I did nothing wrong and that's why I will appeal this crazy verdict.

Hurd: Why do you think you've become so popular in the Netherlands?

Wilders: Well, you know, like with – I'm not comparing myself with Donald Trump or anybody else – but the people are fed up with the politicians ignoring the problem. The people are fed up by if they say something about the influx of the mass immigration from mostly Islamic countries, what they really feel is the threat for the safety of their daughters who go to school or their parents who walk in the park or themselves going shopping on a Thursday evening in Holland – they are being called racist if they make a remark about, 'hey this is not our country anymore.' Those are common people, people who also want that refugees have to have safe shelter but believe that why not, if people come from Syria and need safe shelter, why not go find shelter in the rich gulf states like Kuwait of Qatar or Saudi Arabia, where they have the same religion or ideology, the same language the same climate and billions of dollars to spend? So [the Dutch] people want [refugees to be safe] but don't come here. And don't forget, people are very angry about that, that most of the people who came to Holland were younger people, often young men who crossed before coming to Holland six of seven safe countries in order to be in Holland. If they just wanted to be safe, they would have stopped at Turkey or maybe if you find Turkey unsafe, in Greece. The fact that they traveled through six other countries, like former Yugoslavia, Macedonia, Hungary, Austria, Switzerland, France, Germany, Holland, is because they like our social benefits. They like our welfare state. They know which country to pick. They're not going to stay in Hungary or in Estonia. They come to Germany, to Holland. And people sense that those are not the real refugees. And our government has spent billions of euros on them, and the Dutch people know. They have had the past few years enormous, tough, austerity measures. Pensions were cut. The public health services for elderly people were cut. Enormous asocial tough measures. And at the same time people saw while the government has these enormous austerity measures, that the government spent billions of euros on asylum seekers who really weren't asylum seekers but migrants looking for a better life. And once again, Dale, I don't even blame the people for trying to have a better life here. I blame our government for allowing it to happen; for not saying 'enough is enough you are not a refugee', we have to defend our own country and close our borders. A country without a border is like Holland, because we are a part of the Schengen Treaty, we are not allowed to control our own border. A country without a border is like a person in a house without a front door. Anybody can enter and you cannot ask anybody to leave. So it's not a real country at all. And we have to get it back and people sense that that is what they want.

Hurd: There are many similarities between you and Mr. Trump. Or a few: Outsiders, bashed by the media, you've changed the political discussion in the Netherlands.

Hurd: And you're strong willed.

Wilders: I'm very strong willed and I'm very impatient as well. And I Twitter [tweet] a lot and some of our ideas might be the same but unfortunately we don't have a two-party system. And like you said before, I hope to win and become prime minister but I could win and not become prime minster because of our system. You can win the election and still lose if nobody wants to work with you [in a coalition] and the people, most of the parties, are saying now they would not want to work with me. But hey, as Mr. Trump says, there are many differences as well. I'm not the Dutch – one of your colleagues, I believe it was from Fox News or CNN, asked me, 'you are the Dutch Trump.' I said 'no, I am the Dutch Geert Wilders.'" Mr. Trump is Mr. Trump. I'm Mr. Wilders. I'm not anybody's copy or whatsoever. But I believe indeed, as Mr. Trump said, despite some differences, we have a lot in common and it's a kind of movement. It is a kind of movement as he calls it. It's also Europe movement. We are not Trump's movement, Trump is not our movement, but the people are waking up. This patriotic revolution where people want to find their own identity are not racist but want to fight for the preservation of their own people. Their own country, their own values. Their own money. Their own borders. This is such a positive thing.

Hurd: What do you hope is the future of the European Union?

Wilders: Yes. Twelve and half years.

Hurd: How's it going with your semi-free life?

Wilders: (laughs) You know, I'm very ambivalent about it. I'm very thankful to live in a country where the government provides my protection – many police and armored cars and safe houses and things like that. And it's a terrible thing. I don't wish it – it's the same answer I gave you last time – I don't wish it on my worst enemy to experience. But I know what I am doing it for. Whether I succeed or fail it is my mission, it's my mission for freedom because I want our people and our country to stay free. It's a sad thing that I lost my own freedom in the process. But if I don't succeed, many more people will lose their freedom.

Wilders: It's my pleasure. 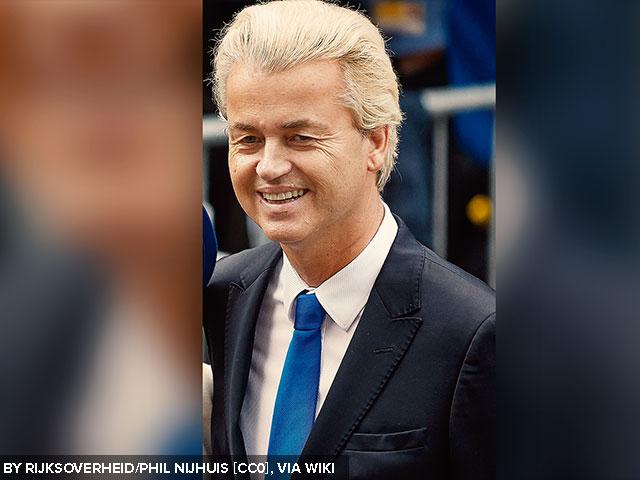