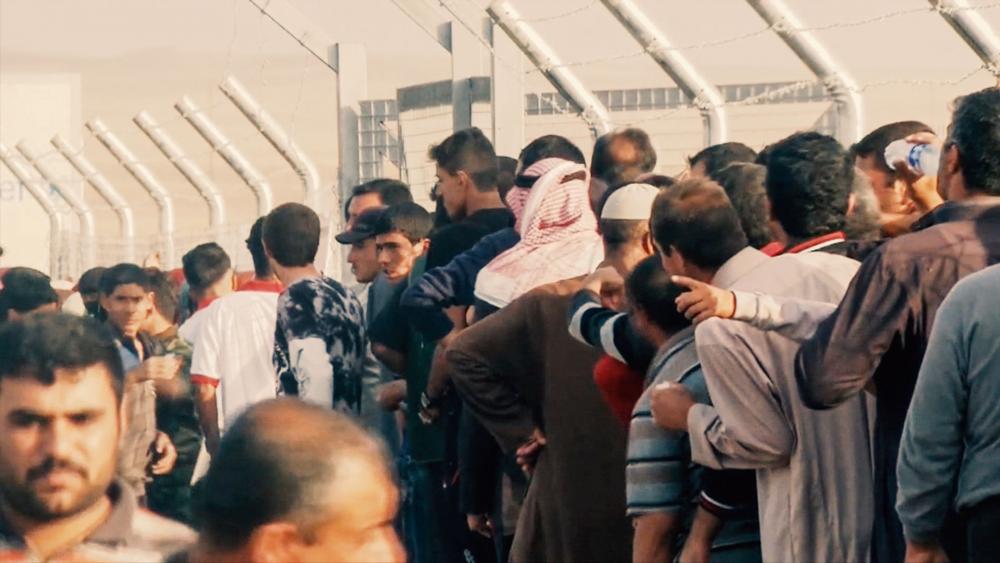 Thousands of people demonstrated over the weekend in New York and several other cities against President Donald Trump's executive order temporarily barring refugees from several Middle East and North African countries from entering the United States.

Titled "Protection of the Nation from Foreign Terrorist Entry Into the United States," the executive order makes good on Trump's promise to tighten America's borders.

"I am establishing new vetting measures to keep radical Islamic terrorists out of the United States of America," Trump said Friday shortly after signing the executive order. "We don't want them."

In the flood of internet and social media reaction, some important points are being overlooked.

Here are five things you need to know about Trump's refugee policy that you might have missed:

1.  It's not a permanent 'ban' but a temporary halt on admitting refugees: The U.S. Refugee Admissions Program (USRAP) is suspended for 120 days.

2.  It does not exclude all Muslims from entering the country: The executive order bans all people coming from Iraq, Iran, Sudan, Libya, Somalia and Yemen for 90 days.

3.  There are exceptions: The Department of Homeland Security (DHS) says those refugees who hail from the seven countries of concern but are in possession of a U.S. Green Card will be allowed entry. "Lawful Permanent Residents of the United States traveling on a valid I-551 will be allowed to board U.S. bound aircraft and will be assessed for exceptions at arrival ports of entry, as appropriate," said a DHS statement. In addition, the executive order has this important exception: "Secretaries of State and Homeland Security may, on a case-by-case basis, and when in the national interest, issue visas or other immigration benefits to nationals of countries for which visas and benefits are otherwise blocked."

4.  It does target Syrians: Citizens of Syria are banned from entering the United States indefinitely.

Watch this interview with a radical ex-Muslim for her perspective on the president's decision.

Trump enters his second week in office amid a global backlash to his refugee policy.

"We protest the proposed ban on immigration and refugees from Muslim countries, because it's anti-American and unconstitutional to discriminate against people who have a certain religion," said a demonstrator in New York city.

At LAX airport in Los Angeles, thousands protested the ban over the weekend.

"I'm here today because there is so much going on in America that's just not ok. This ban against refugees and immigrants is the most un-American thing I think that's probably happened during my lifetime," Jenny Besse, a pediatric nurse practitioner said.

But not everyone is against the Trump ban.

"It's not a ban, and it's not on Muslims," said Raheel Raza, a Pakistani-born Muslim human rights activist. "It's about region, not religion. It's not a ban on Islam, or any religion."

Other advocates for immigration limitation applauded the moratorium.

"Taking a temporary pause in refugee admissions is a prudent and effective approach to ensuring that national security vetting is in place and working," David Ray, communications director for the Washington, D.C.-based Federation for American Immigration Reform, told the Los Angeles Times.

Before signing the executive order, Trump sat down with CBN News' David Brody. During the interview he promised to do more to rescue persecuted Christians.

"We are going to help them," President Trump told CBN News. "They've been horribly treated. Do you know if you were a Christian in Syria it was impossible, at least very tough to get into the United States? If you were a Muslim you could come in, but if you were a Christian, it was almost impossible and the reason that was so unfair, everybody was persecuted in all fairness, but they were chopping off the heads of everybody but more so the Christians. And I thought it was very, very unfair."

But some Christian leaders are pushing back on Trump's promise to help persecuted Christians.

In a letter obtained by Politico, a broad coalition of Christian leaders and evangelical groups, criticized Trump for only focusing on Christians.

"The Bible teaches us that each person-including each refugee, regardless of their country of origin, religious background, or any other qualifier-is made in the Image of God, with inherent dignity and potential. Their lives matter to God, and they matter to us," the letter said.

Christians are The Most Persecuted Religious Minority in the Middle East

Still, Christians are the most persecuted religious group in the world yet the number of those allowed to seek asylum in the U.S. are dramatically lower than  Muslims who were permitted into the country.

"What we're going to do is make sure that people who have been persecuted for either religious or other reasons have an opportunity to apply and go through a vetting system that ensures they're coming to this country to seek asylum, to seek a new life for themselves or their family, but to do so with peaceful purposes," Sean Spicer, the White House press secretary, told ABC News.

When pressed further to answer "Why are Christian refugees more worthy of admission to the United States than Muslims or even Jewish refugees?" Spicer told ABC News: "Well, it's a question of making sure that in many of these countries they are the persecuted group. And so it's just - it's a fact that when they live in a majority country of another religion, they are a minority being persecuted, not able to practice their religion, in some cases under threat," Spicer said. "And so it's just a fact that they are being persecuted in some of these countries and we need to make sure we recognize them so that they can come to this country and be able to practice their religion in accordance with our laws and our constitution."

For example in Syria alone, where more than one million Christians there have fled the five-year civil war, 98 percent of those allowed into the United States last year were Sunni Muslims.

According to the State Department, of the 15,152 Syrians who were resettled in the U.S. in 2016, only 89 were Christians or one half of one percent.