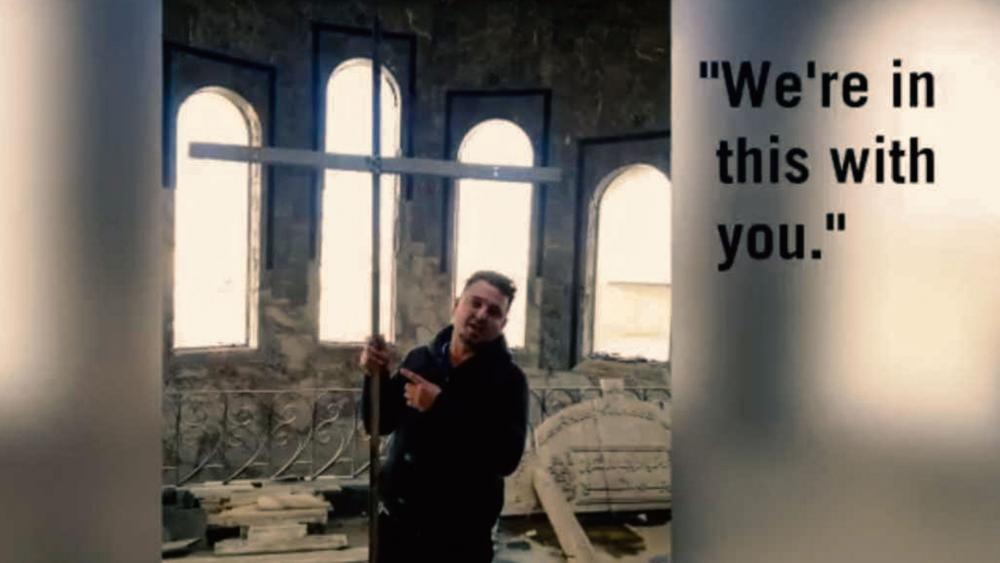 As the war against ISIS in Mosul continues, the imprint left by the extremist group including the destruction of homes and churches can be seen everywhere, but amongst the tragedy, the solidarity between Muslims and Christians of the the Middle Eastern area can also be witnessed.

Preemptive Love Coalition's Jeremy Courtney shared a story of a muslim man who used a piece of iron to make a cross in honor of his Christian friends who lost their church home due to an ISIS bombing.

To tell the story, Courtney stands in a bombed out Christian church within Mosul.

He begins with saying, "Here inside this church that ISIS destroyed here inside Mosul city limits, we found this cross that our friend Marwan helped fashion out of metal."

"Marwan is a Muslim. But when he came into this church he couldn't accept that others who claimed to be Muslims had rampaged through this place destroying the signs and icons of his Christian friends."

"And so our Muslim friend Marwan helps fashion this cross just to say to his Christian neighbors and on behalf of his muslim neighbors, 'we are in this with you.'"

"This cross belongs here among our friends. This cross is to be honored."

"These aren't stories we hear enough about. (But they) actually play out in places like Aleppo and Mosul."

"(And) the simple story of Muslim vs. Christian or ISIS vs. everyone else in the world…just doesn't hold up in this church, with this cross fashioned by a Muslim out of the wreckage of war."

Courtney is the CEO of the Preemptive Love Coalition which is an organization focused on helping those in combat zones. The man currently resides in Iraq and provides updates on the happenings in Mosul as well as Aleppo.