Superbook's Gizmo Brings Super Fun to the Streets of Nepal 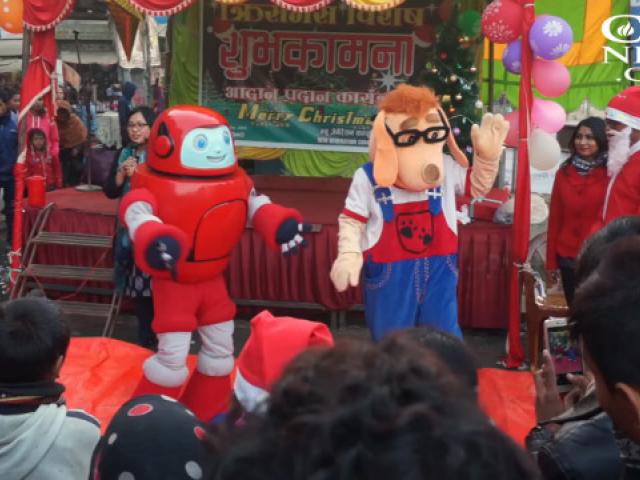 Superbook's Gizmo Brings Super Fun to the Streets of Nepal

Many children in Nepal were traumatized when a devastating earthquake struck the Hindu nation in April 2015. Nine thousand people were killed in that quake and tens of thousands were left homeless.

CBN has been on location ever since, helping the people rebuild their lives.

A major part of our work is to teach the kids and their parents about the love of Jesus in a fun way.

This Christmas, New Generation Community Fellowship Church sponsored a CBN Superbook street celebration in the city of Kavre, Nepal. Gizmo and a popular local character called Khush were on hand to dance to songs, play games, and spread some holiday cheer.

And for the first time, a Superbook episode was shown inside a Nepal school on Christmas Day. The children watched attentively and seemed to enjoy the showing of "The First Christmas."

The Nepali version of Superbook began airing on national television two weeks before the earthquake struck Nepal. But with Gizmo and the Superbook team going to mostly Hindu schools in remote villages, its audience is growing bigger.

Teachers and school administrators have told our CBN teams they appreciate the morals and values Superbook teaches the children.

Also, CBN has translated Superbook study guides into the Nepali language and hundreds have been printed by a CBN partner in Nepal.

Church Sunday schools throughout the country are now starting to use the Superbook curriculum.