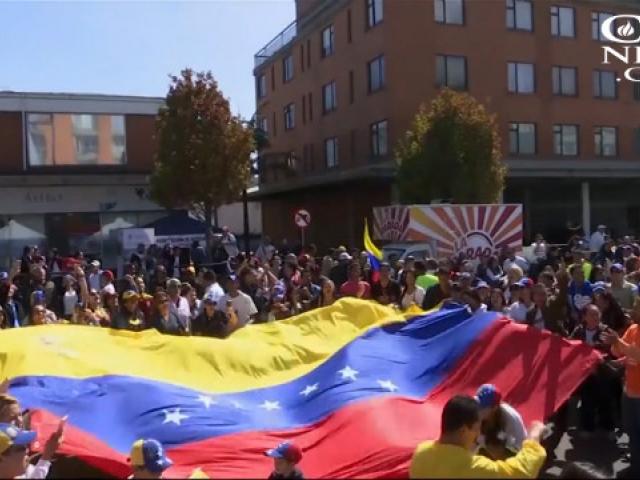 Venezuelan President Nicolas Maduro is insisting he will proceed with plans to hold an assembly to rewrite the country's constitution.

The country's evangelical Christians are speaking out, asking God to restore unity and prosperity to the nation.

Opposition parties say a constitutional assembly is just an attempt by the socialist president to impose a dictatorship in Venezuela.

Many are at a breaking point after suffering for months from food shortages and heavy-handed government control.

The crisis has motivated Venezuela's churches to action. Leading up to the vote, public plazas around the nation echoed with the prayers of Christians.

"I believe the church has awakened to how difficult the Venezuelan situation is, and that each of us Christians needs to become active in this process of change," explained Hugo Diaz of the Movement for the Defense of the Constitution.

"Today you can see joy in the streets. You see the desire of people for a change, and above all we see the active presence of the Christian church of Venezuela," he said.

Many Venezuelan Christians believe their country will prosper only as people look to God, not politicians, for solutions.

"We have been fasting before the Lord, asking him to turn the heart of the people to him. We had this idea to participate in this activity because it's not a matter giving support to any political party," said Pastor Jose Rivero of Alliance Youth Leadership.

He says the government should submit to the authority of God and the constitution.

Meanwhile, Donald Trump, former Mexican President Vicente Fox, and members of the European Union called on President Maduro to honor the will of the voters and cancel the planned constitutional assembly.

President Trump described the Venezuelan president a "bad leader" and "aspiring dictator." He's threatened to take "strong and swift economic actions" against Maduro if he tries to rewrite the constitution.

Maduro fired back, saying he won't "be governed by the northern empire."

With possible economic sanctions and more hardship ahead, Christians are stepping in to the conflict to pray, and shine a light of hope in the midst of economic and political upheaval.