Can Trump, French President Move Past Differences to Combat Terrorism? 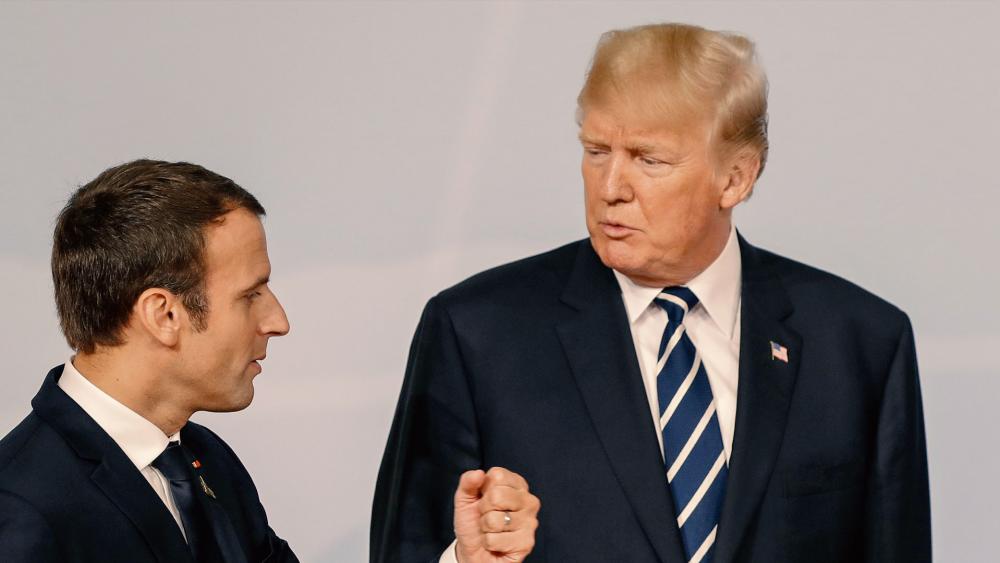 5506260129001
Can Trump, French President Move Past Differences to Combat Terrorism?

Macron has been critical of Trump's decision to pull out of the Paris climate accords. But the two leaders will look for common ground on possible solutions to the Syrian crisis and overall counterterrorism strategies.

The president is holding a news conference Wednesday afternoon and will likely field questions about Russia.

Donald Jr. – the president's eldest son – is under the microscope for a meeting with a Russian lawyer who potentially had damaging information about Hillary Clinton.

Trump defended his son in an interview with Reuters, saying, "I think many people would have held that meeting."

The president also addressed Russia in an interview with CBN Founder Pat Robertson. He said his first face-to-face meeting with Russian President Vladimir Putin at the G-20 Summit was productive despite a difference in core goals.

"Yeah, I think we got along very well," Trump told Robertson. "And I think that's a good thing, that's not a bad thing. People said, 'Oh they shouldn't get along.'"

Back in Paris, Trump and Macron may have differing views on trade and climate change, but they hope to set those aside and find common ground.

The president is scheduled to attend Bastille Day festivities on Friday before heading home to the United States.

He says in a video clip posted to his Twitter account that the bonds between the U.S. and France were "forged in the fires of war."

Trump was joined at the outdoor event by three American veterans of the D-Day landings in Normandy in June 1944. The president calls them "real heroes" who "fought for freedom in its hour of need."