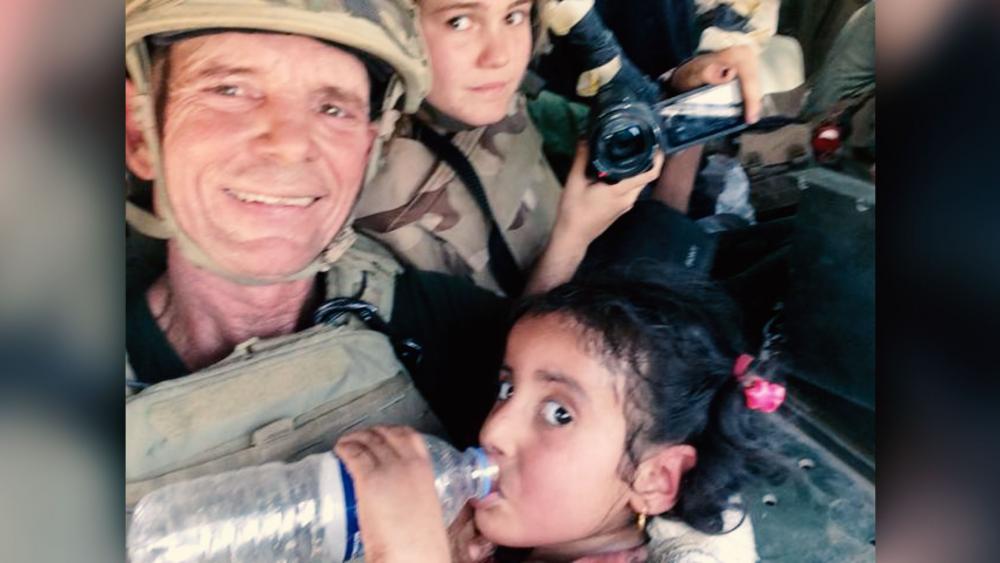 Former U.S. Army Ranger and Special Forces Officer, David Eubank, founder of the Free Burma Rangers, and Congressman Frank R. Wolf held a press conference regarding Eubank's time spent on the front lines in the battle against ISIS in Iraqi, Kurdistan, and Syria.

Eubank urged the Trump administration to continue to help in the war torn regions.

He said, "In Iraq and Syria the U.S. helps to defeat ISIS and our presence creates a space where people can talk and cooperate together. Iraqis are grateful for increased support from the U.S. The Iraqi Army is the key for a better future for Iraq and the mostly-Shiite Iraqi Army is doing a great job defeating ISIS at great costs and also showing mercy to the Sunni families who have been under ISIS."

Eubanks adds, the U.S. presence in and assistance to Iraq and the Regional Government of Kurdistan in Iraq gives the United States the opportunity to help Christians, Jews, Yazidis and other minority populations who remain in Iraq.

In both Iraq and Syria, Eubanks says, "The U.S. is on the right side and doing a very good job at minimizing civilian casualties. It is in our national security interest to continue this support, which helps relieve immediate pressure from local and national leaders as they begin the crucial efforts to rebuild their country in the wake of the devastating rule of ISIS."

Eubank started the humanitarian group Free Burma Rangers after a decade with the U.S. Special Forces. His wife and three children have joined him on all his missions to Myanmar, also known as Burma, and other war-torn areas like Mosul.

While there are some people who might be surprised to see the children out there, the kids disagree.

"There's kids on the front line with their parents who are getting shot at, so why shouldn't we be out there helping them as well?" says daughter Sahale.

The family of five is taking a break this week, in Washington state, but all plan to go back to Iraq very soon.

Eubank says he keeps returning out of love.