U.S.-backed Iraqi troops are declaring victory over ISIS in Mosul after advancing to retake the last bit of the terrorist group's ground in the area.

Iraqis lined the streets to celebrate the Iraqi soldiers' efforts to reclaim their city, including the country's prime minister, Haider al-Abadi.

"We are glad to see normal life return for the citizens," he said. "This is the result of the sacrifices of the (country's) heroic fighters."

U.S. Lt. Gen. Stephen Townsend said, "Make no mistake; this victory alone does not eliminate ISIS and there is still a tough fight ahead." But he said the loss of the city "is a decisive blow."

Mosul, which is the second-largest city in Iraq, fell under the control of the Islamic State group in 2014.

Iraqi forces launched an operation to take Mosul back last October. Monday they squared off against jihadists in the final battle to regain control of a tiny piece of the Old City, which is west of the Tigris River.

Iraqi commanders said earlier that hundreds of ISIS fighters, also known as Daesh, were trying to hang onto a small neighborhood which was less than a square mile of territory. The jihadists were stopping at nothing to stand their ground, including using families as human shields.

Meanwhile, Iraqi soldiers were working to remove sleeper cells and booby-trapped explosives from the city.

The battle to oust the Islamic State terrorists and regain Mosul has killed thousands and displaced more than 897,000 people. 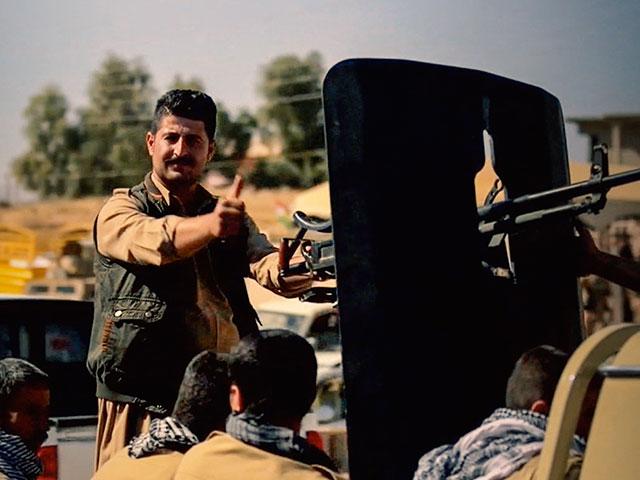