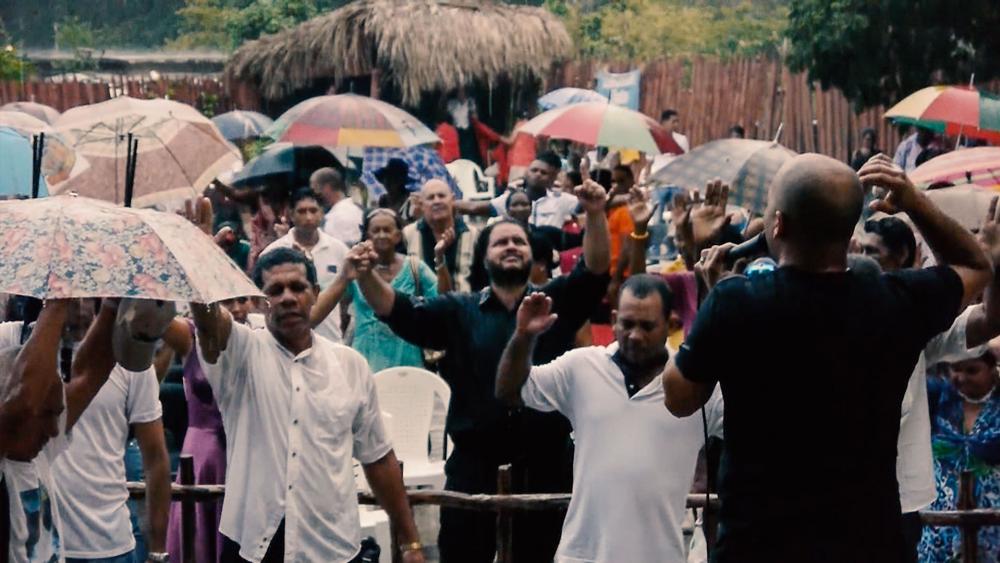 In Cuba, Christians have no access to billboards, radio or television. Nevertheless, churches in the capital of Havana wanted to organize a multi-media evangelism campaign that would reach Havana's two million residents.

With funding from Great Commission Media Ministries, over 300 churches from 40 denominations created a book of testimonies. Each testimony tells the story of a Cuban who came to faith in Christ.

The "Power to Transform" campaign created an unexpected result: unprecedented unity among believers in Havana as they collaborated on the outreach. It also succeeded in spite of pressure from the government. Some leaders in the campaign were called in for repeated questioning. Despite this, they were able to import thousands of campaign brochures and books into the country.

An improvised call center helped to coordinate requests for books and special events helped to further the reach.

Organizers also targeted special demographics. The campaign's prison ministry distributed more than 500 books to local prisoners. A hospital ministry worked in almost all of the city's children's hospitals--places where no evangelistic activity had taken place before.

Christian musicians in Havana promoted the campaign with a music video that they distributed on social media and filmmakers recorded the testimonies in the book, finding yet another way to spread the Gospel.

Campaign organizers say prayer and collaboration between churches created a winning combination. Organizers estimate that more than sixteen-thousand came to faith in Christi. Volunteers gave out more than one hundred thousand books.

Digna Lamote, a campaign coordinator, said the campaign allowed breakthroughs for many churches. "The believers were saying it was incredible what was happening," he said, "Even people who in the past didn't want anyone to talk to them about the gospel, were coming and asking for the book because they wanted to know what it was about."

Maria Sanchez shared her testimony in the campaign book and said it directly affected her church. "We had to split our cell group because people started coming who prayed in faith and were converted because of this testimony," she said.

Powerful stories of people coming to Christ emerged during the campaign. Whole families came to know the Lord and several witch doctors made professions of faith.

Jesus Caravallo says the campaign literally saved his life. He had lost all hope after his wife left him.

"I had decided to end my life," he said, "I went into the bathroom and I found that little book. I don't know how it got there."

Caravallo found a card inside the book with an address and decided to go talk to a pastor. While visiting the church he accepted Christ and experienced amazing peace.

"All I can do is thank God so much," he said, "I give Him my eternal gratitude for making me a new man, a renewed man."

Campaign organizers plan to distribute more testimony books along with the Gospel of John. They say churches are now focused on follow-up and discipleship of new believers.