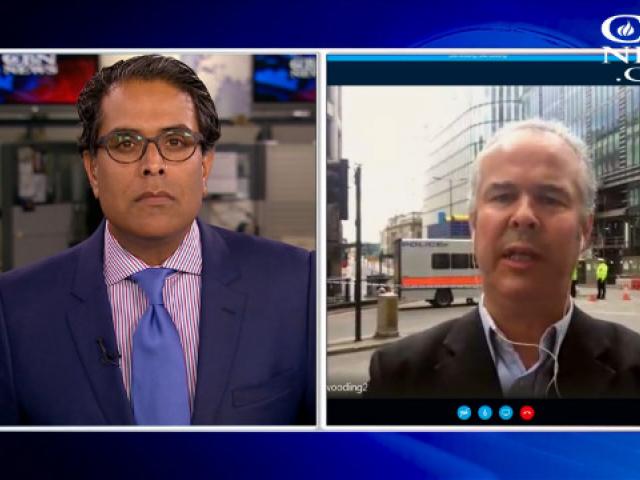 CBN News Terror Breakdown: Everything You Need to Know About the London Attack and Why it Happened

Terror struck the UK for the third time in three months Saturday night in the streets of London.

Seven people died when attackers ran through a crowd in a van on the London Bridge, then jumped out and went on a stabbing spree. Police killed the three attackers in a matter of minutes.

CBN News brought our expert reporters and international contributors together to not just report on this tragedy, but give it some context.

Correspondent Peter Wooding was on the scene getting reactions from Londoners and tourists. He says people there were stunned.

"Tourists are in incredible shock," Wooding told CBN News. "Local people are just kind of in outcry…They’re saying ‘how can we stop this when so many people who are radicalized are actually in this country?’”

But he says the church is stepping up as a beacon of unity in such a troubled time.

"What's amazing, as far as timing, is today is Pentecost Sunday. One of the largest gatherings of prayer vigils is happening right across every Cathedral in the country,” Wooding says. "It couldn't come at a better time."

Despite the cries for unity, many are left asking how and why this attack happened.

Simon Barrett, who hosts a London-based program called "The Middle East Report," says you don't have to look far to find the inspiration for these terror attacks.

"This is inspired by the Holy Quran. This is inspired by their holy texts. ISIS is looking at the Quran and the Hadith to get their inspiration to carry out these attacks. I think there is a major problem. If you don't identify where the problem is and you don't identify who your enemy is, then there will be problems down the line," he told CBN News.

CBN News European Correspondent Dale Hurd also explains just how this extremist ideology has been allowed to spread in the UK.

"The most powerful weapon in Britain is the fear of racism," Hurd says. "It's why Britain has had this massive rape gang scandal that still hasn't been properly addressed because no one wants to be called a racist. I don't know if people on the left in Britain would go through with this, but they talk as if they'd rather have death than alleged racism."

Now, the country is left figuring out how to prevent an attack like this one from happening again.

CBN News also spoke with an ex-Muslim turned Christian named Brother Rashid. He hosts a show called "Daring Questions" that challenges the core beliefs of Islam and broadcasts to the Muslim world. He says Ramadan is a month of violence.

"Ramadan is a month of Jihad. Ramadan is not sacred in the way Westerners will understand sacred. It's sacred because it is for Allah and the cause of Allah," Rashid says.

Rashid calls Muslims victims of their ideology and says there is hope in Jesus' name.

"I say to my Muslim brothers and sisters everywhere that we are, we were victims of this ideology of Islam and we need to get out of it. It's destroying us and it's destroying others," he says. "We need to look at Jesus' life because it changed me and it changed many Muslims out there."