Guatemala's President Reaches Out to Evangelist After Fire Kills 40 Girls 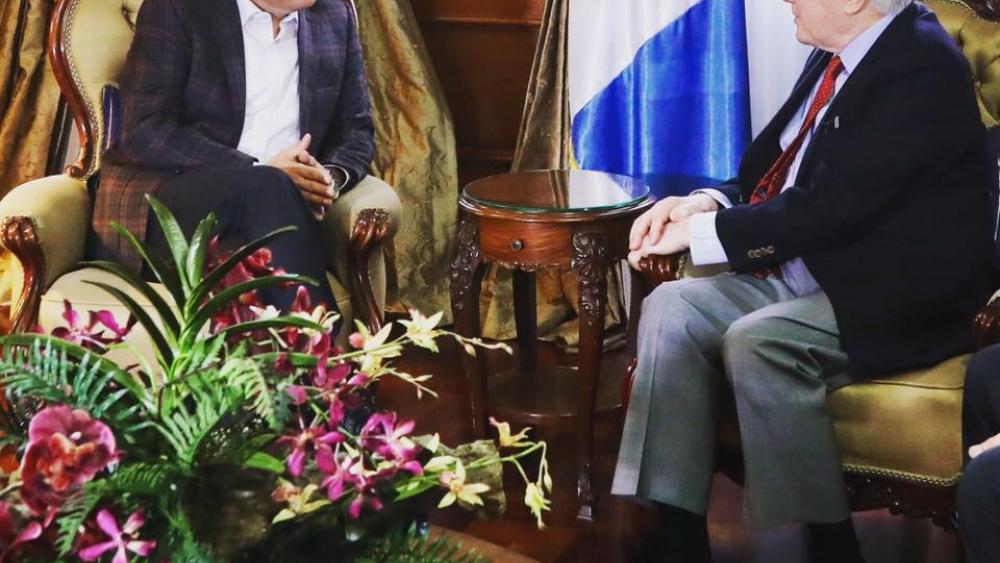 International evangelist Luis Palau met Guatemala's president Jimmy Morales to offer words of encouragement and hope days after 40 girls were tragically killed in fire at a home for troubled youth.

"This is a difficult time for the nation of Guatemala," Palau said following his private meeting with Morales. "Many people are hurting. Many families are suffering. Many people are asking deep, fundamental questions."

Palau was in the country holding an evangelistic festival when the March 8th fire engulfed the Virgin of the Assumption Safe Home for children in San Jose Pinula, a village east of the capital.

Palau said he was invited to meet Morales as the nation mourned the loss of the children.

"I offered my deepest sympathy to the people of Guatemala, especially the families directly affected by the tragedy, and reminded the president that the evangelical community is praying for the nation during this difficult time," Palau said in a Facebook post.

Palau, who has held several evangelistic events in Guatemala since the early 1970s, says (http://www.palau.org/guatemala-festival) he was invited to "proclaim the Good News of Jesus in Guatemala's capital city" by local pastors and to hold a "major festival" in the central plaza of the capital city.

He says the tragedy at the youth home only underscored the importance of his message.

"What better time for us to lift up the name of Jesus Christ and remind the nation about his hope, his sacrifice, his love, and his peace - even in the midst of this pain and loss."

The inferno reportedly started when a group of residents, angry about conditions at the youth home, set fire to mattress in an attempt to draw attention to the facility. One report claims that many of the girls who died were unable to escape because they were locked inside.

Even before the fire, there were numerous allegations of overcrowding and abuse at Virgin of the Assumption Safe Home, prompting a well-known human rights advocate to call for its closure.

Several of the victims who survived the fire are currently being treated in the United States.