‘Lord Jesus, Help Us Get Her Out’: Watch This Intense Rescue of Teen Trapped Behind ISIS Lines 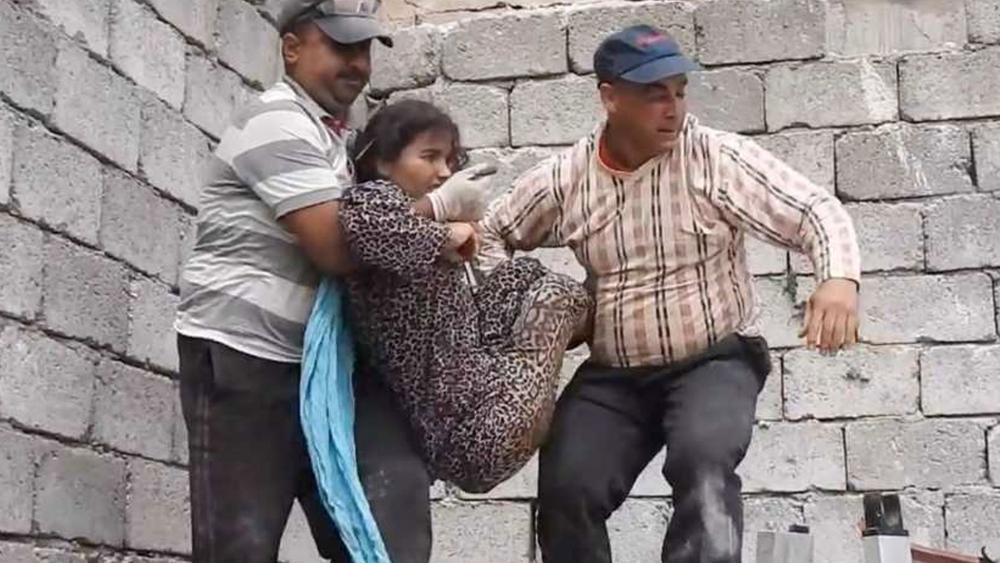 Stunning video is emerging of American missionaries dodging ISIS gunfire in the heart of enemy territory in order to save the life of a trapped teenaged girl.

Faithwire has been documenting the efforts of the Free Burma Rangers, a Christian organization seeking to help the oppressed in areas such as Burma, Iraq, Syria and more. They have been doing incredible work in the Mosul area as fighting continues to rage on, and today they posted a dramatic video of FBR’s David Eubank leading an operation to rescue a teenager trapped in the rubble of her own home in Mosul.

She had been stuck under fallen concrete, her leg crushed, for three long days. If someone didn’t get to her soon, she would surely die from blood loss and starvation.

Faithwire reported on the rescue shortly after it took place on May 6th. FBR posted video of the events today, and they are stunning.

Gunshots can be heard filling the air as they venture behind enemy lines. The young girl had been in her home when fighting caused it to collapse, leaving her trapped in the rubble. Her leg appears to be severely wounded, trapped under some large blocks of concrete.

As Eubank and the team approaches, he can be heard praying to Jesus for protection.

They went right to work, attempting to remove the large chunks of concrete from on top of the girl. The rescuers are able to loosen the concrete enough to pull her out to safety. But there was still danger.

Her location was behind enemy lines, they still had to avoid getting shot on their way back to the Iraqi army lines. Eubank and others prayed with the young girl as they got her into a military vehicle.

Eubank then holds the young girl’s hand and engages in conversation with her as they head to safety.

With all of the political bickering going on, it’s videos like these that put what really matters into perspective. People being the hands and feet of Jesus when the world needs it most.

Watch video of the rescue and evacuation from behind enemy lines below: