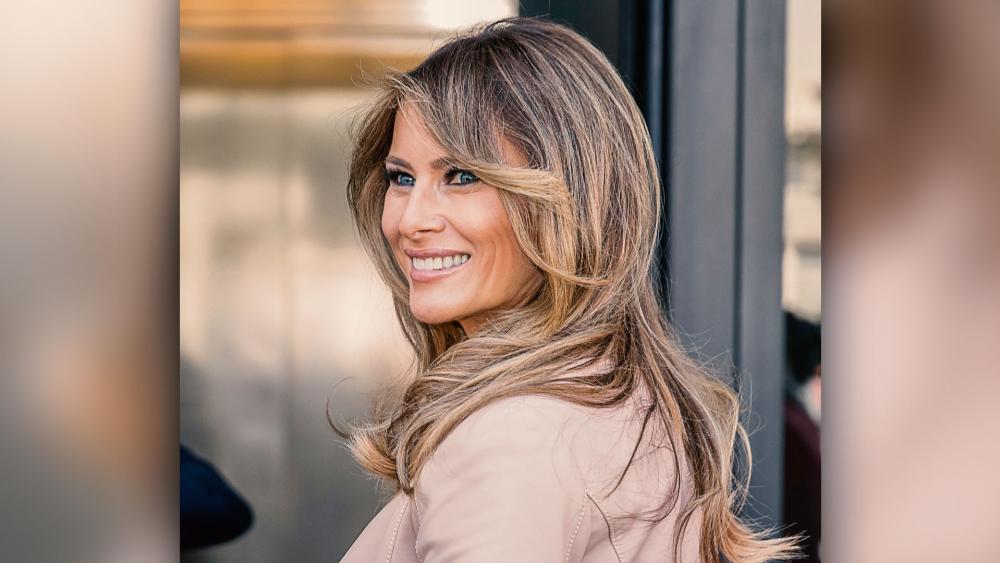 Much attention and debate has surrounded President Donald Trump’s Christian faith, though little has been said of the beliefs espoused by his wife, Melania Trump — until now.

The newly minted first lady has revealed — through her spokeswoman Stephanie Grisham — that she’s a Catholic. This means that, once Melania Trump is living in the White House full-time later this year, she’ll be the first Catholic to reside in the presidential quarters since John F. and Jackie Kennedy, according to the Daily Mail.

This revelation adds some intriguing elements to the Trumps’ recent trip abroad and helps explain why Melania Trump expressed that the voyage to the Vatican would be so special to her.

In fact, she made it clear that the visit would be a personal one, tweeting about the experience both before and after.

“Today’s visit with His Holiness Pope Francis @Pontifex is one I’ll never forget,” she wrote. “I was humbled by the honor. Blessings to all.”

Today's visit with His Holiness Pope Francis @Pontifex is one I'll never forget. I was humbled by the honor. Blessings to all. pic.twitter.com/NiomkFQqJb

After the Trumps visited Pope Francis at the Vatican and Melania Trump asked him to bless her rosary beads, the first lady spent time at the Bambino Gesù Hospital, speaking with sick children and praying in the chapel.

She also placed flowers in front of a statue of the Blessed Mother, the Daily Mail noted.

But that wasn’t the only news to emerge from Trump’s trip. Just hours after Trump visited with a sick little boy at the hospital who was desperately in need of a heart transplant, the first lady announced that the child received some amazing news.

A little boy who I visited today & had been waiting for a heart transplant will be receiving one! #Blessings #Faith pic.twitter.com/DZU3ojxXVC

“Upon landing in Belgium, I learned a young boy and his family who had been waiting for a heart transplant was informed that the hospital has found a donor,” Trump said in a statement. “I read a book and held hands with this special little one just a few hours ago, and now my own heart is filled with joy over this news.”

In a tweet sent after the hospital visit, Trump thanked the staff for their “heroic work” and implored the public to “keep these amazing children in your thoughts and prayers.”

Thank you @bambinogesu for the heroic work you do. I ask that everyone keep these amazing children in your thoughts & prayers. pic.twitter.com/UfVAc9lXv2

Trump’s last stop at the hospital was to see its chapel, which dates back 150 years. She reportedly specifically requested that she have time to pray alone, and blessed herself with holy water before lighting a candle.

“She wanted to have some private time for prayer and reflection on her experience here, and the day as a whole,” Aleteia reported.

It is unclear when Trump became a Catholic. Her husband, Donald Trump, has said that he is a Presbyterian, presenting an apparent Protestant-Catholic theological divide in the Trump home.

The president, too, recently had his own prayer experience while the couple traveled abroad. As Faithwire previously reported, Trump made history on Monday when he became the first sitting U.S. president to pray and leave a note at the Western Wall in Jerusalem. Afterward, Trump reportedly revealed the contents of his prayer.

According to a quote attributed to Trump and tweeted by Johnnie Moore, a well-known Christian author who is on Trump’s evangelical advisory board, the commander-in-chief sought God’s wisdom while at the wall, the Christian Post reported.

“I visited the Western Wall, & marveled at the monument to God’s presence,” Moore quoted Trump. “My hand upon the wall and to pray…for wisdom from God.”