Armless Swimming Champion Will Blow You Out of the Water 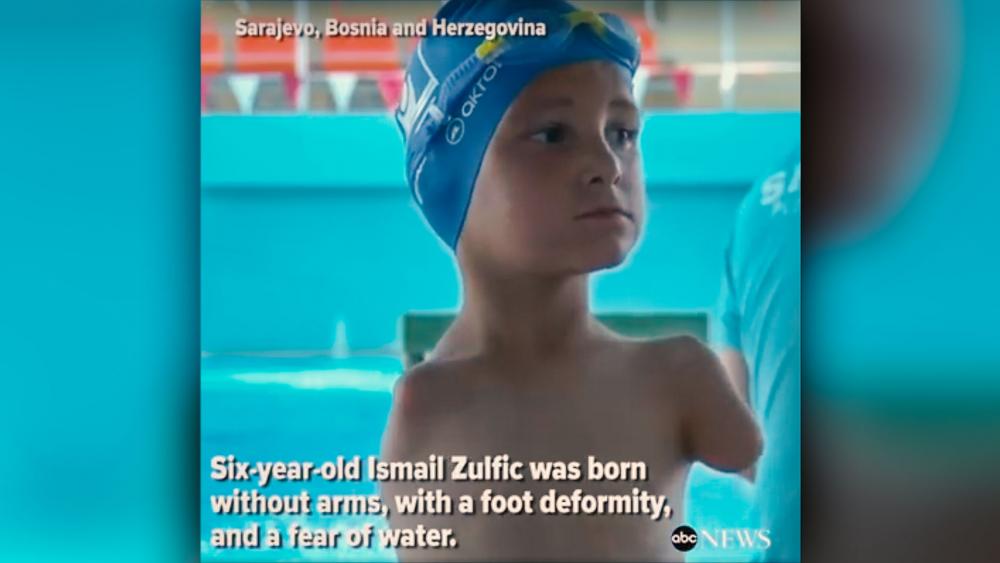 Six-year-old Ismail Zulfic just won gold at a swimming competition in Bosnia. There's just one thing -- he has no arms.

Zulfic was born with no arms and a deformed foot. While many people would think he's condemned to life in a wheelchair, Zulfic proves them wrong every time he hits the pool.

However, it wasn't always this way.

The brave swimming champion was once terrified of water -- that is, until his doctor prescribed aquatherapy as a way to help ease pressure on his growing spine.

Zulfic got comfortable in the water and even got involved with the Spid Swimming Club for Disabled Children. The swimming club helped the shy boy make friends and fall in love with the water.

Soon Zulfic could swim a lap in the pool completely unassisted and he started competing in regional competitions.

He can out swim competitors who are much older than him and he makes his family proud when he brings home a gold medal.

While his family is poor and sacrifices a lot to make the 45-mile trek twice a week to swim practice, they say seeing his bravery and joy makes it worth it.